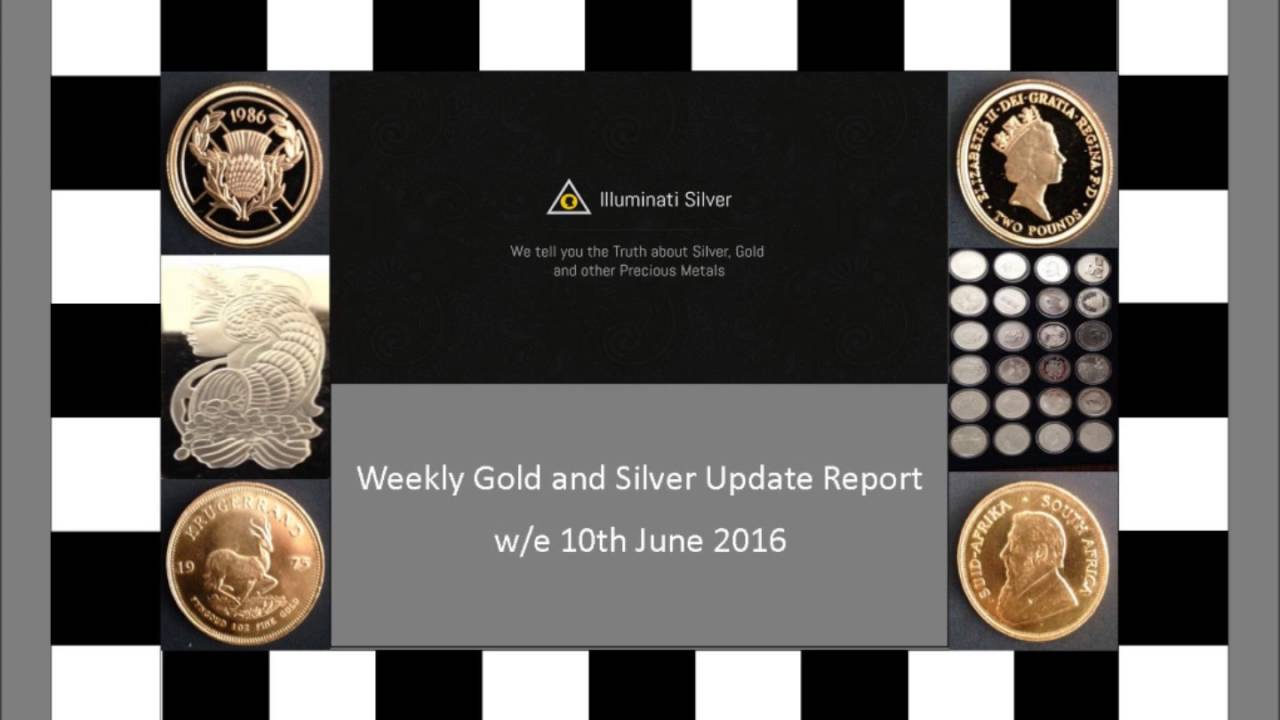 Today is Sunday 19th June 2016 and we are providing our gold and silver update for the week ending 17th June.

As stated last week, gold did indeed break the $1300 level and closed the week at 1301.75 seeing a gain of 2.23% and an annual gain of 22.77%. Gold prices hit a near two-year peak this week as investors sought the safe haven commodity on fresh fears Britain would vote to leave the European Union in the referendum due on 23rd June.

So what do we make of the current state of affairs. Well they are actually playing out more or less as expected. The dollar has weakened a little, and gold and silver prices have moved ahead. The Brexit referendum is extremely important for their prices in the short term. We can see gold rising a little further prior to the 23rd June and thereafter will depend on the outcome of the election. So the week ahead will result in some interesting moves in both gold and silver values. However, we should not forget that should the UK vote to stay in the EU, then certainly in sterling and Euro terms, we shall see the price of gold and silver fall, and quite likely in dollar terms too. The unsettling of the markets have, in our opinion added at least 5% to the value of gold and silver. We have not forgotten however the poor US employment data, and the FED maintaining rates at the current level. The German Bond rate fell below 0% on Tuesday because of Brexit fears and with US rates unlikely to rise over the next 3 months, this indeed assists gold prices. We still however cannot help but feel that unless Brexit occurs, we may see a corrective price position in both gold and silver downwards.

Buzzfeeds decision – Damages Trump or just a ‘flash in the pan’
https://youtu.be/VZfS6aBQ7rY