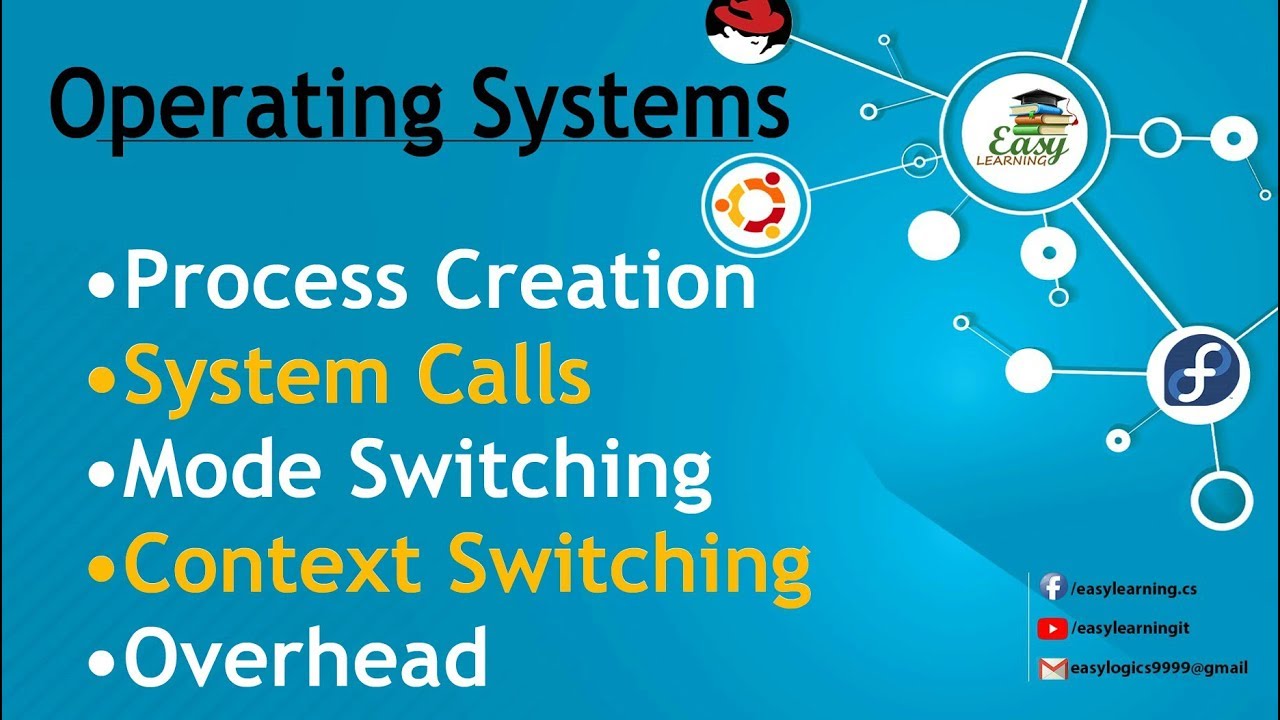 Process Creation: Following are some reasons for creation of a process
• User logs on.
• User starts a program.
• Operating systems creates process to provide service, e.g., to manage printer.
• Some program starts another process, e.g., Netscape calls xv to display a picture.

Processing a System Call:
• Before we discuss processing of system call, one should know what is Context Switch and an Overhead
• Context switching is an Overhead.
• Overhead, time that doesn’t involve any user process execution, but it is needed to accomplish various important tasks.
Context Switching: Switching the CPU to another process requires saving the state of the old process and loading the saved state for the new process
Processing a System Call contd.:
• Switching between kernel and user mode is time consuming
• Kernel must
• Save registers so the executing process can resume execution
• Other overhead is involved; e.g. cache misses, & prefetch
• Verify system call name and parameters
• Call the kernel function to perform the service
• On completion, restore registers and return to caller