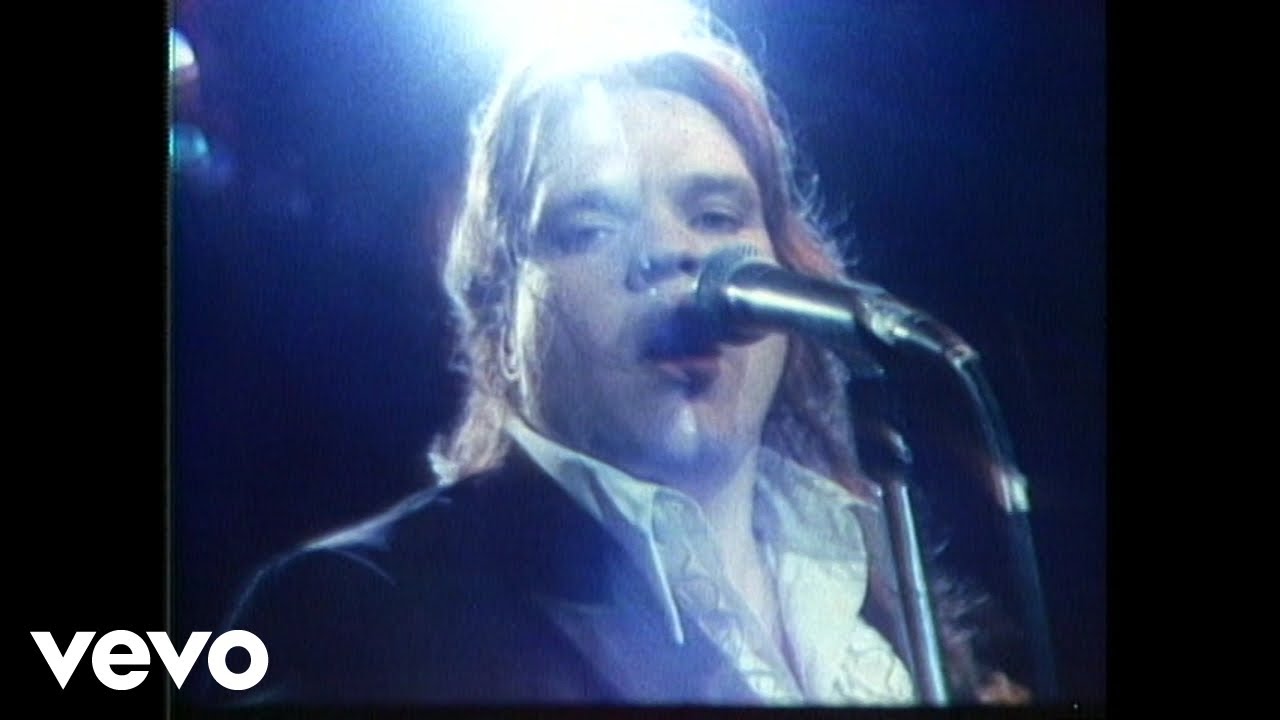 Next Video
Meat Loaf's official music video for 'Bat Out Of Hell'. Click to listen to Meat Loaf on Spotify: http://smarturl.it/MeatLoafSpotify?IQid=MeatLBOOH

The sirens are screaming and the fires are howling,
way down in the valley tonight.
There's a man in the shadows with a gun in his eye,
and a blade shining oh so bright.
There's evil in the air and there's thunder in sky,
and A killer's on the bloodshot streets.
Oh and down in the tunnel where the deadly are rising,
Oh I swear I saw a young boy down in the gutter,
He was starting to foam in the heat.