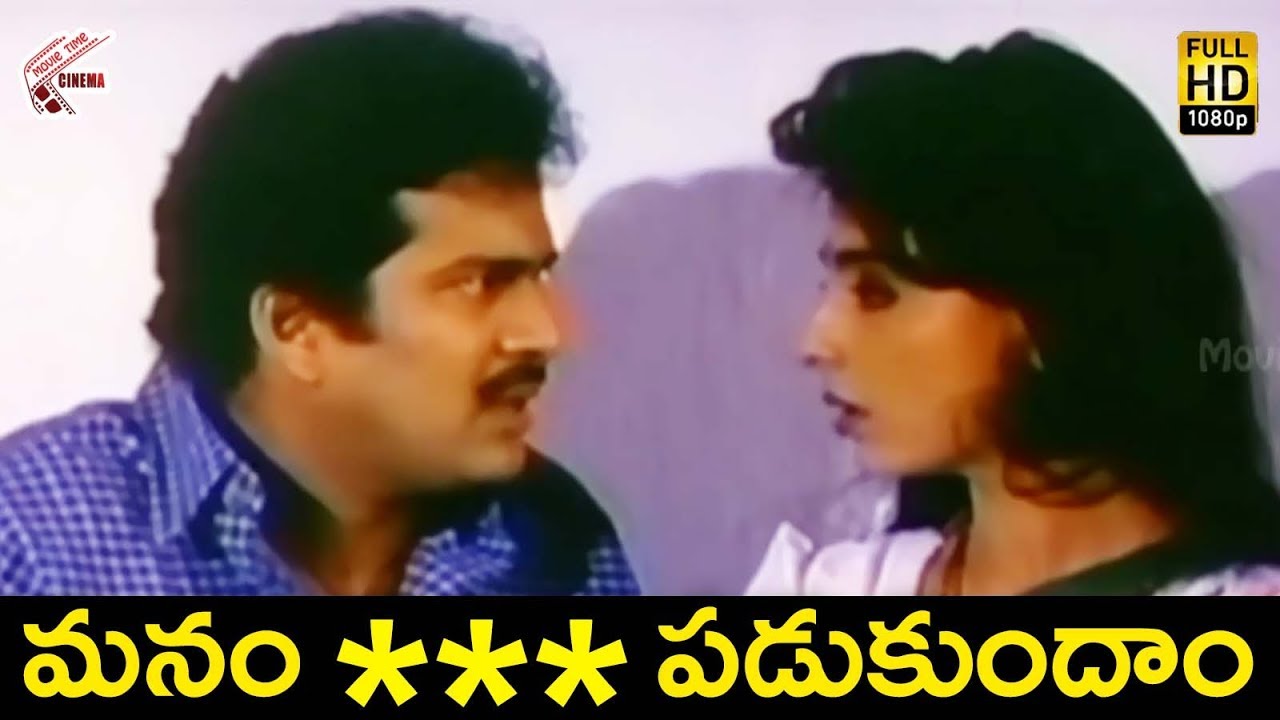 Lucky Chance is a 1994 Telugu comedy film, produced by C. Sarath Babu under the Sri Madhav Arts banner and directed by Siva Nageswara Rao. It stars Rajendra Prasad, Kanchan in the lead roles and music composed by Sri. The film was inspired by the 1954 classic movie Chakrapani, which itself was based on Malladi Venkata Krishna Murthy's novel Vitamin M. The film was recorded as a Hit at the box office.

SYNOPSIS:
The entire story revolves around two families of close friends, Dharma Rao (Satyanarayana) and Veerabhadram (M. Balaiah). Once, both the friends make a funny bet as to who of the two who will first get a grandson and they deposit 1 lakh each in the bank and make an official agreement through their Lawyer friend Nayudamma (Kota Srinivasa Rao) that in their children who will first have the male child will get this amount along with interest. Years roll by, Dharma Rao and Veerabhadram pass away and by this time, the deposited amount with the interest becomes 50 lakhs. Veerabhadram has 3 sons, Seshagiri (Giri Babu), Anjaneyulu (Tanikella Bharani) and Bose (Rajendra Prasad) and Dharma Rao has 2 sons, Sivaram (A.V.S.), Rajababu (Chinna) and a daughter Bhanu (Kanchan). Both the families are still continuing their friendship. No one, except Nayudamma, knows the secret but he is a crooked person who returned from jail for his crimes. He reveals the secret to Bose, who is a vagabond, with an agreement that Bose should share half of the amount which he is going to get. From childhood, Bose loves Bhanu, but she hates him. Bose tells Bhanu regarding their family secret and asks her to marry him. To achieve her life ambition to go to America for higher studies, she agrees to marry Bose for the money.

Meanwhile, Nayudamma's son-in-law Dakshina Murthy (Brahmanandam) comes to know this secret and he reveals it to Rajababu making the same agreement. Like this, it spreads to everyone in both the families and they all try for the lottery by having a male child. All the ladies in both the families conceive at one time. Here, everyone schemes on each other by trying to abort others' pregnancy on the provocation of Nayudamma and Dakshina Murthy. But due to bonding and affection between them, they cannot do so. Unfortunately, Bhanu takes the poison and she was taken to hospital where Bose pleads to the doctor to save Bhanu rather than the child. Then Bhanu understands Bose's love towards her and realizes her mistake. Ultimately, Bose is blessed with a baby boy. Here, both the families get united and chase away Nayudamma and Dakshina Murthy. Both of them join hands and kidnap the child. But the entire family together rescues the child. Finally, Bose gets 50 lakhs, but he understands how dangerous the money is, so, he equally shares the amount with everyone in the family and the movie ends on a happy note.