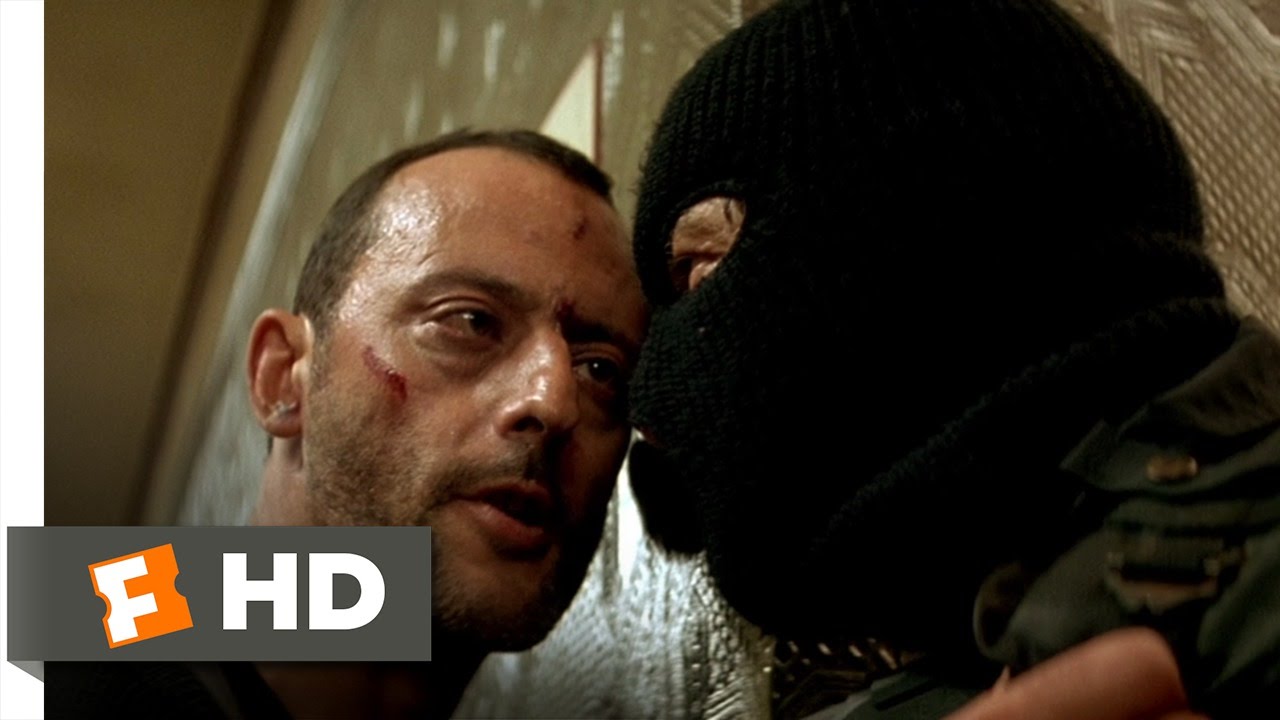 FILM DESCRIPTION:
As visually stylish as it is graphically violent, this thriller directed by Luc Besson concerns Mathilda (Natalie Portman), a 12-year-old girl living in New York City who has been exposed to the sordid side of life from an early age: her family lives in a slum and her abusive father works for drug dealers, cutting and storing dope. Mathilda doesn't much care for her parents, but she has a close bond with her four-year-old brother. One day, she returns from running an errand to discover that most of her family, including her brother, have been killed in a raid by corrupt DEA agents, led by the psychotic Stansfield (Gary Oldman). Mathilda takes refuge in the apartment of her secretive neighbor, Leon (Jean Reno), who takes her in with a certain reluctance. She discovers that Leon is a professional assassin, working for Tony (Danny Aiello), a mob kingpin based in Little Italy. Wanting to avenge the death of her brother, Mathilda makes a deal with Leon to become his protégée in exchange for work as a domestic servant, hoping to learn the hitman's trade and take out the men who took her brother's life. However, an affection develops between Leon and Mathilda that changes his outlook on his life and career. Besson's first American film boasted a strong performance from Jean Reno, a striking debut by Natalie Portman, and a love-it-or-hate-it, over-the-top turn by Gary Oldman. Léon was originally released in the U.S. in 1994 as The Professional, with 26 minutes cut in response to audience preview tests. Those 26 minutes were restored in the director's preferred cut, released in 1996 in France as Léon: Version Intégrale and in the U.S. on DVD as Léon: The Professional in 2000.