Learn English - Difference between 'Unless' & 'Until' (English Grammar Lesson) 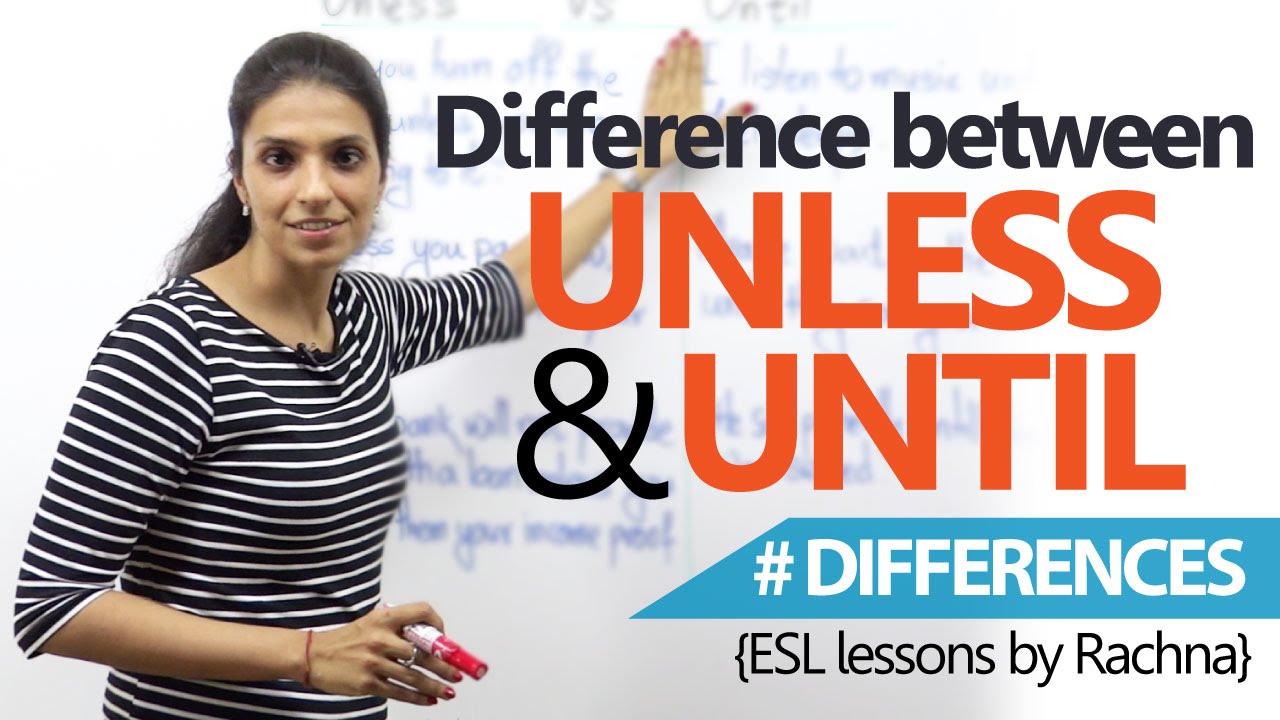 Next Video
Learn English - Difference between 'Unless' & 'Until' (English Grammar lesson)
Take the quiz : http://www.learnex.in/difference-between-unless-until


Unless: means ‘except if’. It is used in the context of a precondition and it actually means ‘if the condition is not met..’ Do not use ‘will’ immediately after ‘unless’.

Example: Can you turn the radio off unless you are listening to it. ( except if)
Example: Unless you pay now, we cannot guarantee you a ticket. (Do not use ‘unless you will pay now..’)
Example: Harry never ate kebabs, unless he prepared them himself.
Example: The bank will not provide you a loan unless you show then your original identity.

Until: up to a particular time. It is used in context of time. It is more formal than ‘till’.

Example: I listen to music until I fall asleep. (till the time)
Example: Please wait in the waiting room until they call your name.
Example: He waited patiently until dinner was served.
Example: Wait here until I come back.