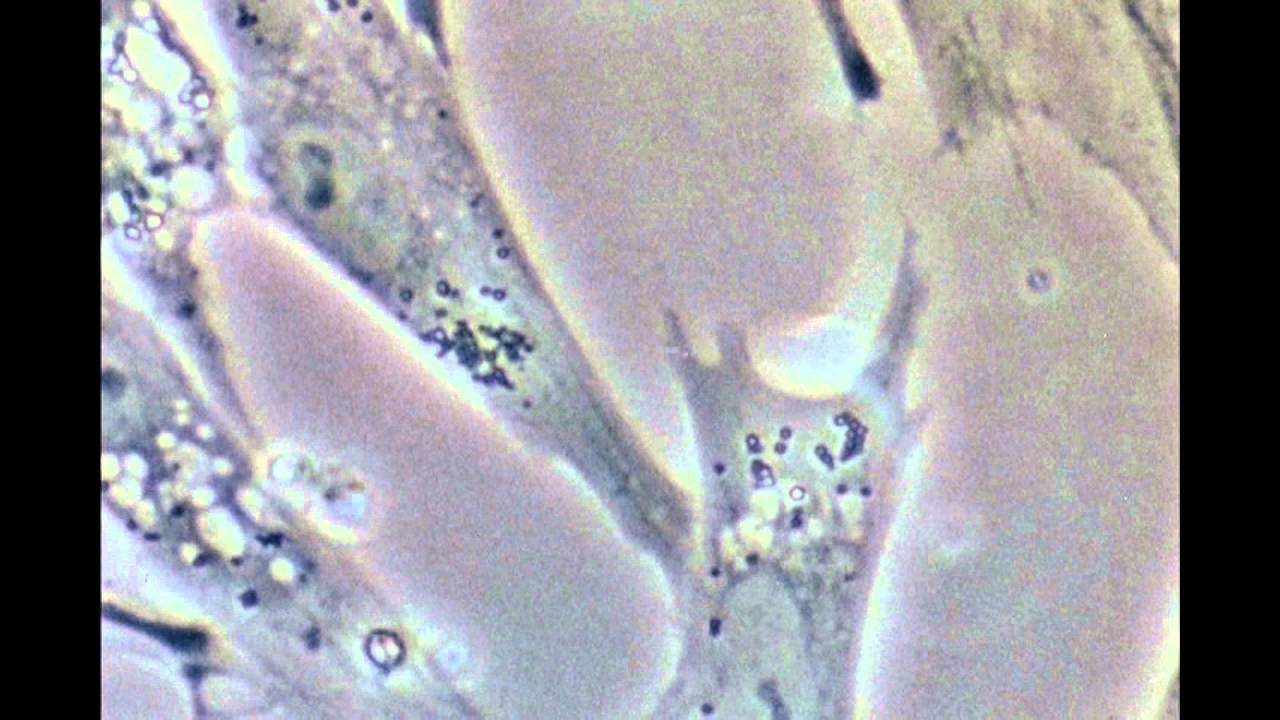 The edges of fibroblasts “ruffle” as they move. This “ruffling” is inhibited when fibroblasts contact other fibroblasts.