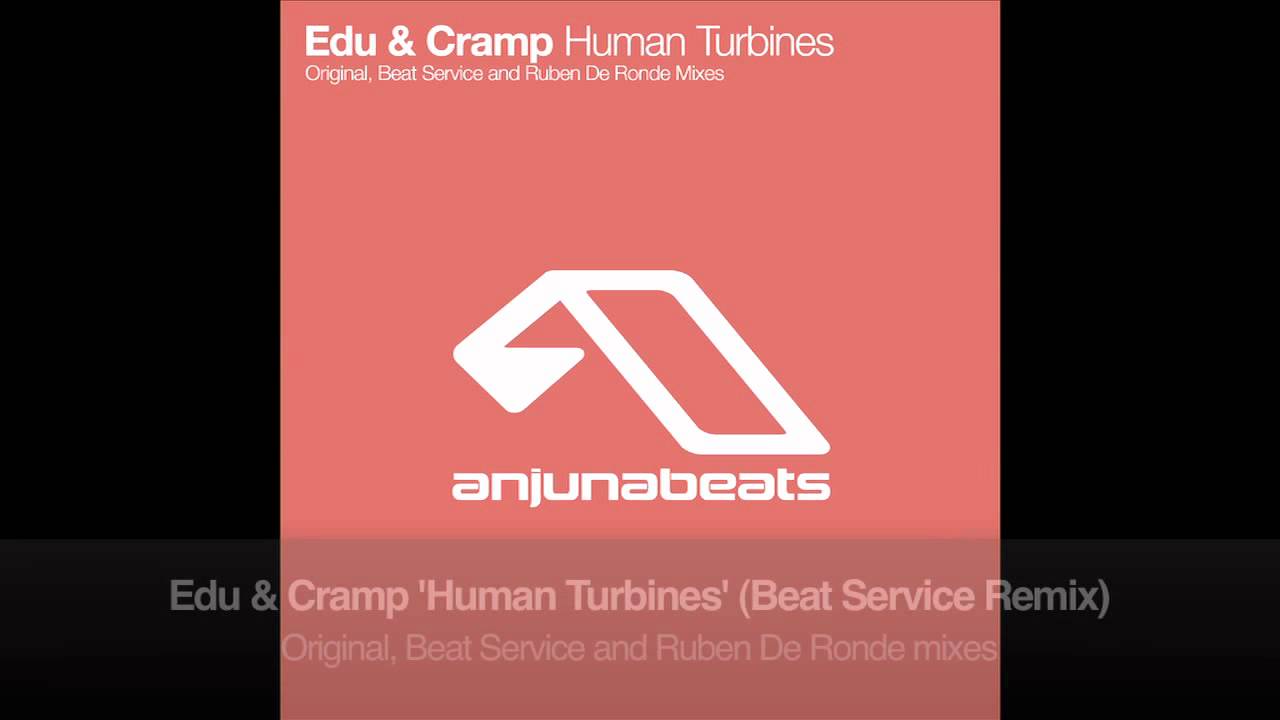 "Human Turbines" is the second Anjuna collaboration between Lithuanian producer Edu and Russia's Cramp and follows in the footsteps of the breathlessly uplifting "Silver Sand" which touched down on the label earlier this year.

Crunchy, groovy and with more than a subtle hint of techiness about it, the Original Mix possesses a stunning, poignant and truly emotive string-led drop which lands out of nowhere before the synths build the track back up to a wonderfully melodic chorus.

Estonia's Beat Service is on call for the first remix, a deep and sophisticated rework that generously ladles its luscious swathes of synth over the somewhat bristlier sounds and hazy vocal effects of the original before awakening from its slumber to power out the anthemic, soaring melody lines.

The second remix sees Dutchman Ruben de Ronde behind the desk, blending the twinkling, pitter-patter melodies with a ghostly serene breakdown and some truly buzzy melodies.

Anjunabeats is the trance label owned and A&R'ed by Above & Beyond.