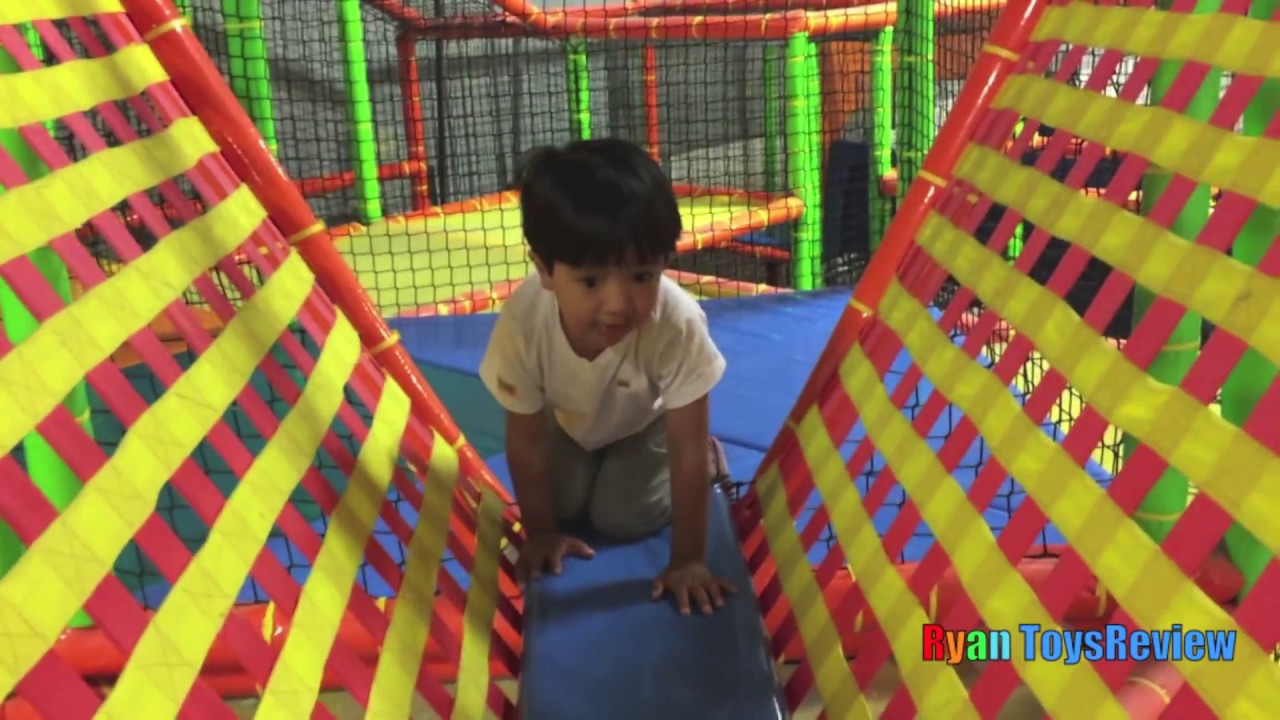 Next Video
Ryan from Ryan ToysReview and his mommy had a family fun playtime with indoor Playground Play Area for kids! This play Area for children had giant inflatable slides, kids can jump, climb, slide on the playground, and jump on the inflatable bouncer! There's even a Toddler play center with toys and ball pits! There's also Cars racing kids can ride!