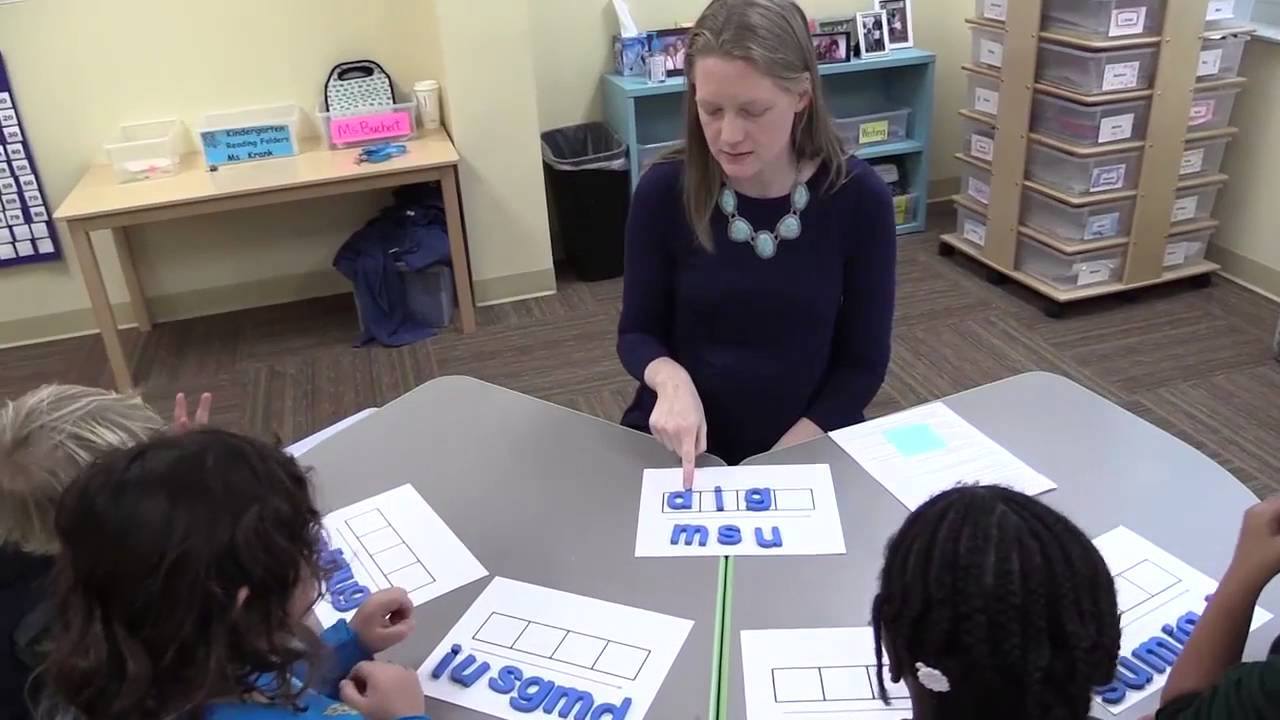 Next Video
This video depicts a first grade small group engaging in a word-building activity. There are 4 students in this demonstration and they are using sound boxes and letter-tiles.

This video is part of the Professional learning communities facilitator’s guide for the What Works Clearinghouse practice guide: Foundational skills to support reading for understanding in kindergarten through 3rd grade. Learn more at: http://ies.ed.gov/ncee/edlabs/regions/southeast/plc.asp