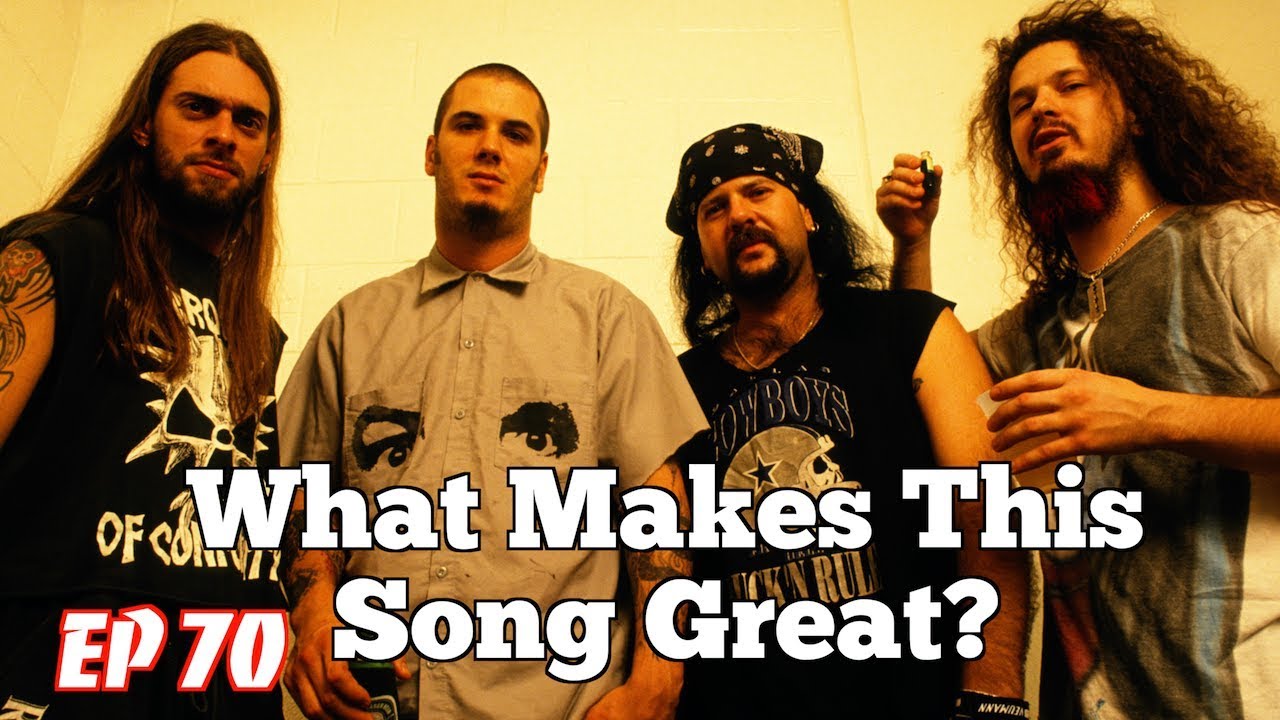 Next Video
In this episode of "What Makes This Song Great? Ep.70" we explore the music of metal legends Pantera.

#pantera #dimebagdarrell #metal
Pantera was an American heavy metal band from Arlington, Texas. The group was formed in 1981 by the Abbott brothers – drummer Vinnie Paul and guitarist Dimebag Darrell – along with lead vocalist Terry Glaze. Bassist Rex Brown joined the band the following year, replacing Tommy D. Bradford, who was the unofficial original. Having started as a glam metal band, Pantera released four albums during the 1980s. Looking for a new and heavier sound, Pantera replaced Glaze with Phil Anselmo in late 1986 and released Power Metal in 1988. With its fifth album, 1990's Cowboys from Hell, Pantera introduced the groove metal genre, while its 1992 follow-up Vulgar Display of Power exhibited an even heavier sound. Far Beyond Driven (1994) debuted at number one on the Billboard 200. In addition to their contribution to the groove metal genre, Pantera is credited (along with Sepultura and Machine Head) for being part of the second wave of thrash metal scene in the early-to-mid 1990s.