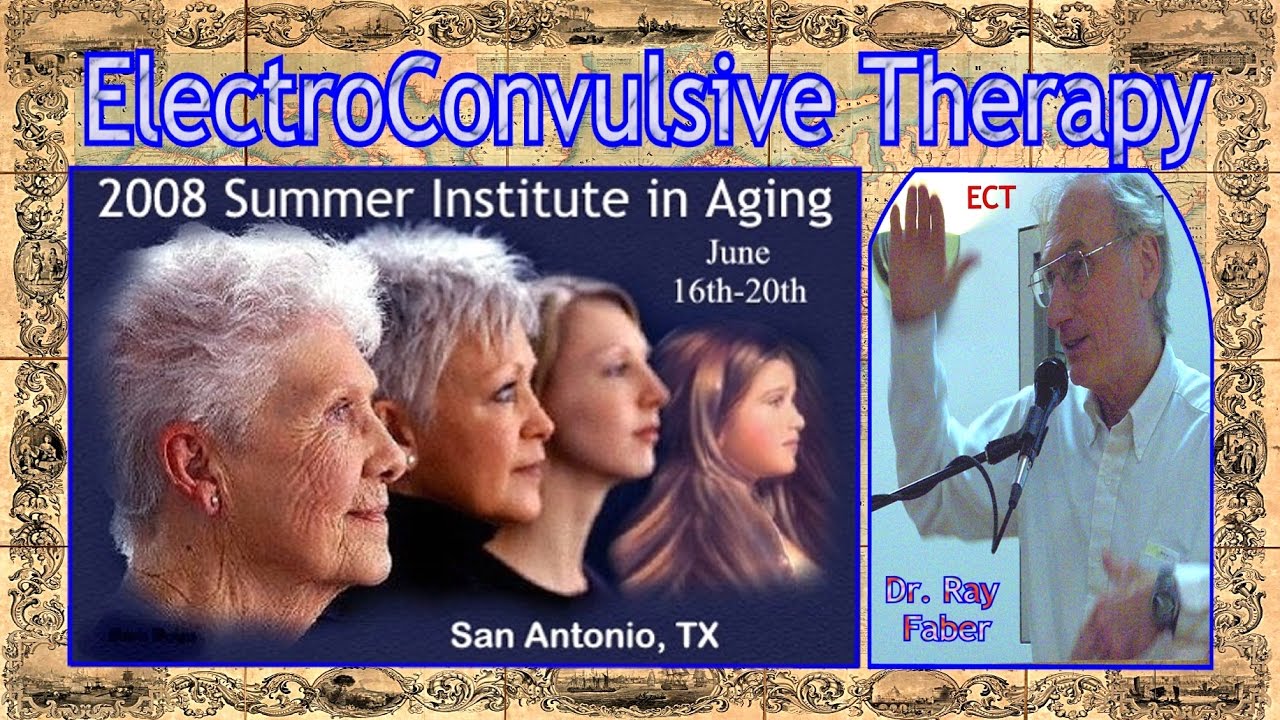 Of Note: ElectroConvulsive Therapy (ECT), formerly known as ElectroShock Therapy, and often referred to as shock treatment, is a psychiatric treatment in which seizures are electrically induced in patients to provide relief from mental disorders. The ECT procedure was first conducted in 1938 and is the only currently used form of shock therapy in psychiatry. ECT is often used with informed consent as a last line of intervention for major depressive disorder, mania, and catatonia. ECT machines have been placed in the Class III category (high risk) by the United States Food and Drug Administration (FDA) since 1976.
A round of ECT is effective for about 50% of people with treatment-resistant major depressive disorder, whether it is unipolar or bipolar. Follow-up treatment is still poorly studied, but about half of people who respond relapse within 12 months. Aside from effects in the brain, the general physical risks of ECT are similar to those of brief general anesthesia. Immediately following treatment, the most common adverse effects are confusion and memory loss. ECT is considered one of the least harmful treatment options available for severely depressed pregnant women.
A usual course of ECT involves multiple administrations, typically given two or three times per week until the patient is no longer suffering symptoms. ECT is administered under anesthetic with a muscle relaxant. {Source: WikiPedia}

~ For Optimal Mental & Physical Health as You Age Get the Proper...
...Quantity of Quality Sleep (so needed yet so neglected -- naps are A-OK too)
...Flavor of Diet & Nutrition (more natural avocados & quinoa and less processed orange juice & kiddie cereals)
...Sum of Physical Exercise (at least walk for cardio and lift anything for weight bearing)
...Sum of Mental Exercise (challenging enough for creating new neurons & 'cognitive reserve')
...Ounces of H2O Hydration (so needed yet so neglected -- and so easy & cheap to fix)
...Amount of Social Interaction (churchgoers, married couples and pet-owners often live longer)
...Control of Your Stress (adopt a 'bring it on' mentality while banishing negativity in favor of compassion)
...Gross of Optometry and Dental Visitations (eyes and mouth are windows to heart, brain and other health)

Securing more geriatric education videos on topics ranging from dementia and pharmacy to caregiving and diabetes is as easy as perusing this enduring materials channel until you find what you need.

Feel free to LEARN from and then LIKE and SHARE this MedEdVid before SUBSCRIBING to this YT Channel.

Information can and will change so always consult your own medico-legal-spiritual advisers/providers for actionable intel.

Financed by Bush and Obama Administration HHS grants to the disparate GECs.

(The views, opinions, or conclusions expressed in this vintage video are not given nor endorsed by any city, county, state or federal institution or authority--profit or non-profit.)