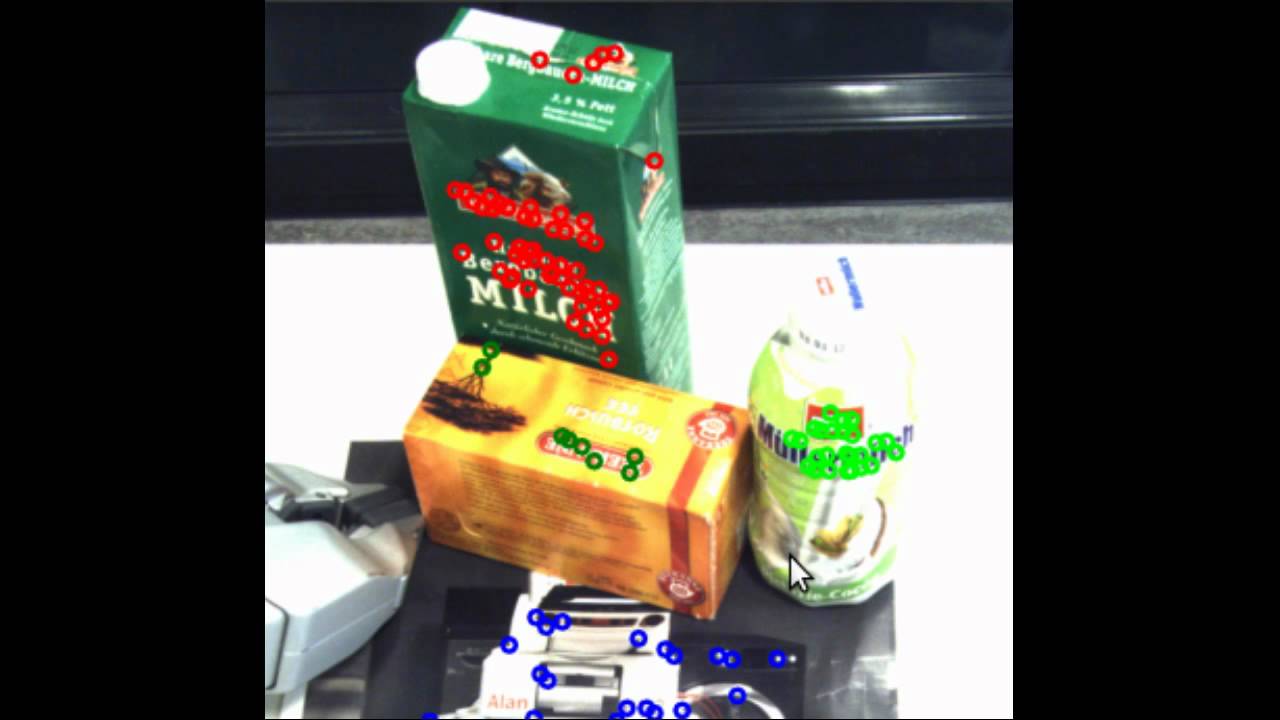 Next Video
This paper describes a novel object segmentation
approach for autonomous service robots acting in human
living environments. The proposed system allows a robot to
effectively segment textured objects in cluttered scenes by
leveraging its manipulation capabilities. In this interactive
perception approach, 2D-features are tracked while the robot
actively induces motions into a scene using its arm. The
robot autonomously infers appropriate arm movements which
can effectively separate objects. The resulting tracked feature
trajectories are assigned to their corresponding object by using
a novel clustering algorithm, which samples rigid motion hy-
potheses for the a priori unknown number of scene objects. We
evaluated the approach on challenging scenes which included
occluded objects, as well as objects of varying shapes and sizes.