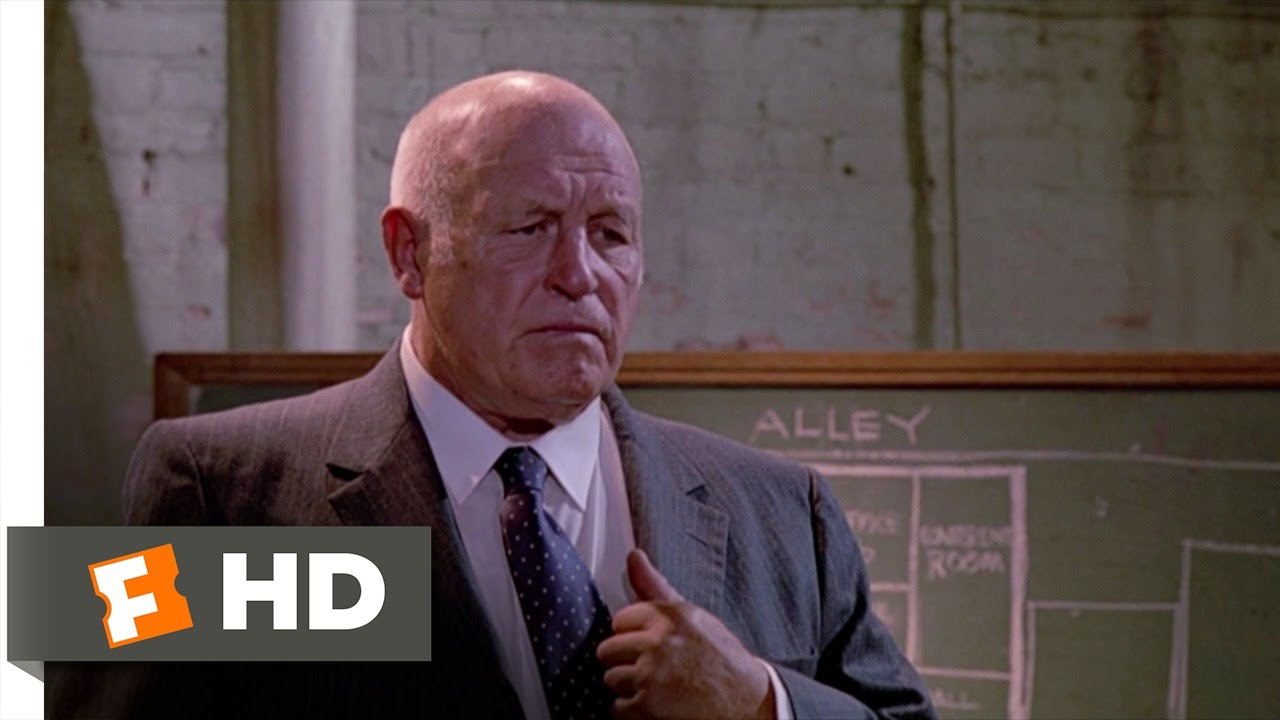 CLIP DESCRIPTION:
Not everyone on the team is happy with the colorful aliases Joe (Lawrence Tierney) gives out to the crew.

FILM DESCRIPTION:
In 1992, Reservoir Dogs transformed Quentin Tarantino practically overnight from an obscure, unproduced screenwriter and part-time actor to the most influential new filmmaker of the 1990s. The story looks at what happens before and after (but not during) a botched jewelry store robbery organized by Joe Cabot (Lawrence Tierney). Mr. White (Harvey Keitel) is a career criminal who takes a liking to newcomer Mr. Orange (Tim Roth) and enjoys showing him the ropes. Mr. Pink (Steve Buscemi) is a weaselly loner obsessed with professionalism. Mr. Blonde (Michael Madsen) has just gotten out of jail after taking the rap on a job for Cabot; he's grateful for the work but isn't the same person he used to be. While Mr. Blonde goes nuts during the heist, the thieves are surprised by the sudden arrival of the police, and Mr. Pink is convinced one of their team is a cop. So who's the rat? What do they do about Mr. Blonde? And what do they do with Mr. Orange, who took a bullet in the gut and is slowly bleeding to death? Reservoir Dogs jumps back and forth between pre- and post-robbery events, occasionally putting the narrative on pause to let the characters discuss such topics as the relative importance of tipping, who starred in Get Christie Love!, and what to do when you enter a men's room full of cops carrying a briefcase full of marijuana.