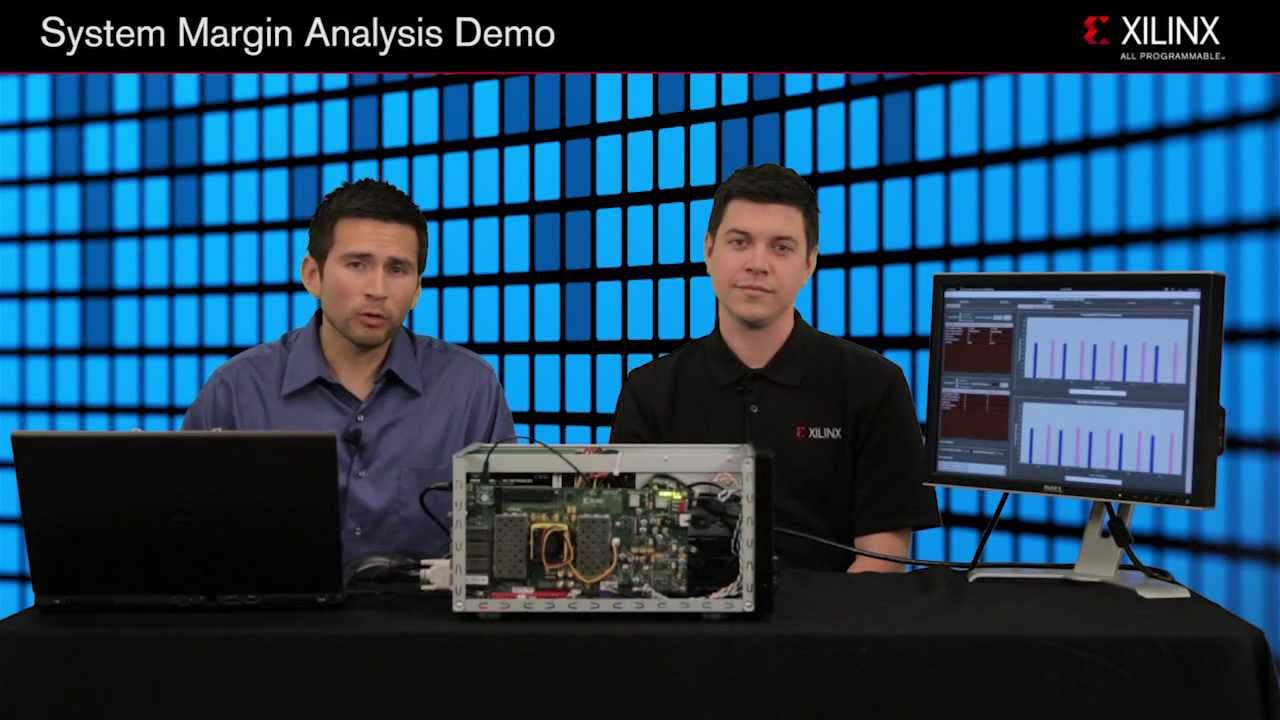 Next Video
Watch real-time how RX Margin Analysis is performed during active data transmission without interrupting the data flow. As line rates and channel attenuation increase, receiver equalizers are more often enabled to overcome channel attenuation. This poses a challenge to system bring-up because the quality of the line cannot be determined by measuring the far-end eye opening at the receiver pins. At high line rates, the received eye measured on the printed circuit board can appear to be completely closed even though the internal eye after the receiver equalizer is open.

The RX Eye Scan in GTH, GTX, and GTP transceivers of 7 series FPGAs provides a mechanism to measure and visualize the receiver eye margin after the equalizer. Additional use modes enable several other methods to determine and diagnose the effects of equalization. Read More in the 743 App Note: http://www.xilinx.com/support/documentation/application_notes/xapp743-eye-scan-mb-mcs.pdf