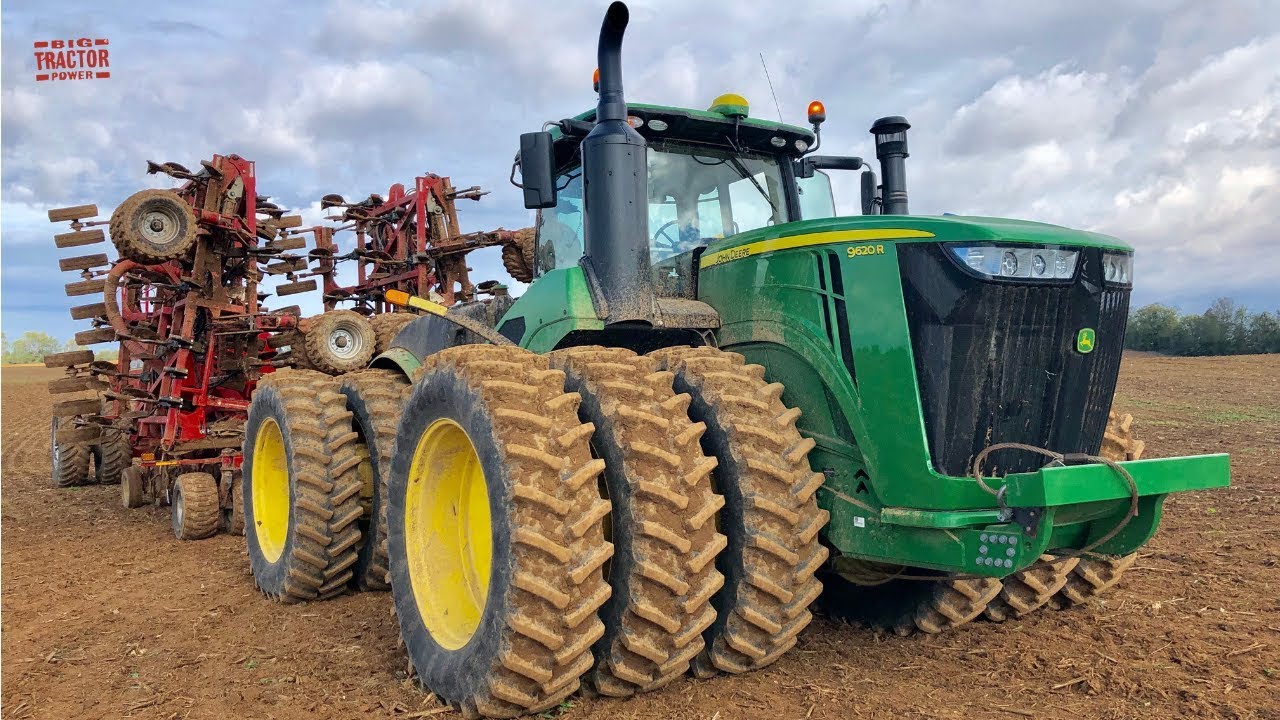 Next Video
In this video viewers spend time with 3 big tractors seeding 1,200 acres of winter wheat per day. Watch for a 620 hp John Deere 9620R 4wd, a 620 hp 9620RX track tractor, a 600 hp Challenger MT875E track tractor pulling 3 60ft Horsch Panther 60 air drills These three big seeding teams are covering 11,000 acres of ground to plant the 2020 wheat crop. In the video we ride in the cab of the Challenger tractor and visit with the farmer about this big seeding operation.