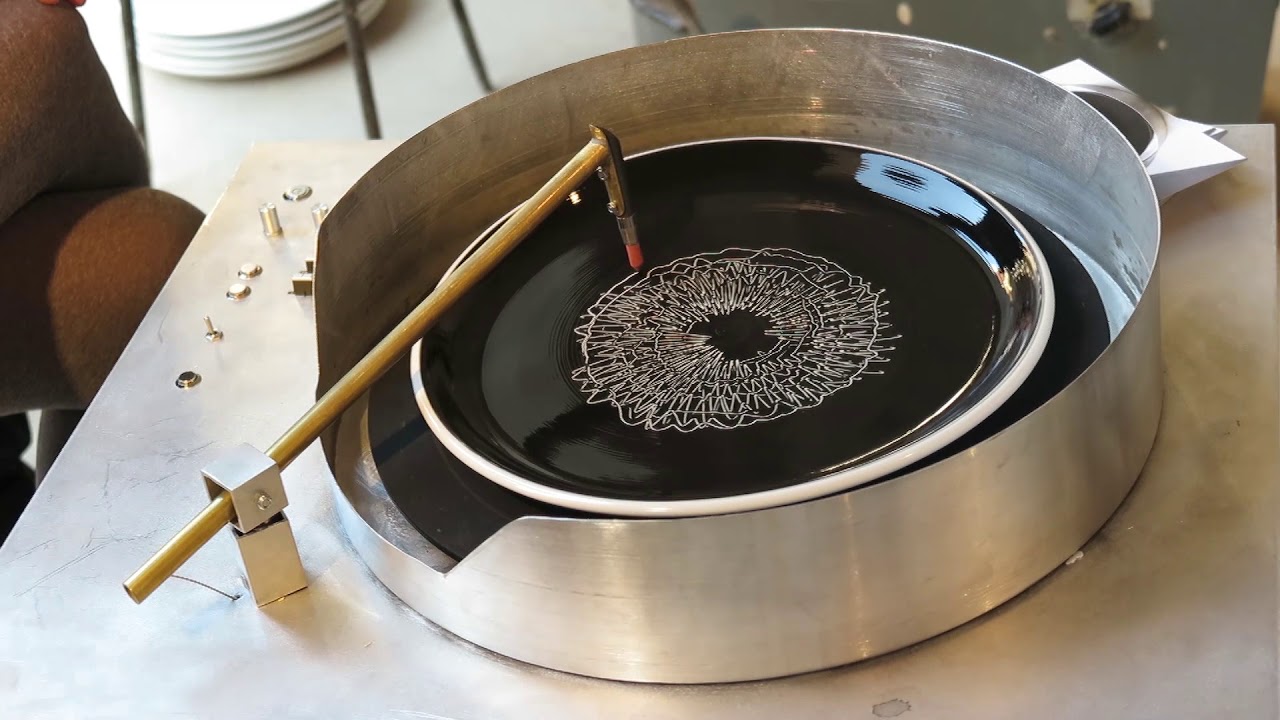 Next Video
At times of information overload, we are constantly exposed to visual, auditory, and textual inputs. Social networks and news feeds create new expression channels, yet, at the same time, challenge our ability to genuinely hear, see, and touch.
Plate Recorder is a digital era homage to analog, connecting sound, visual and matter in the physical domain. Ready-made ceramic plates are used as a medium for recording local real-time sounds. A custom-built painting machine is etching sound waves, creating ‘ceramic records’. Along the Biennale, recorded plates will accumulate through a performative production process, creating a physical archive of sound and being.

Many thanks to the multi talented Inga Hartleb for joining us and recording a plate!