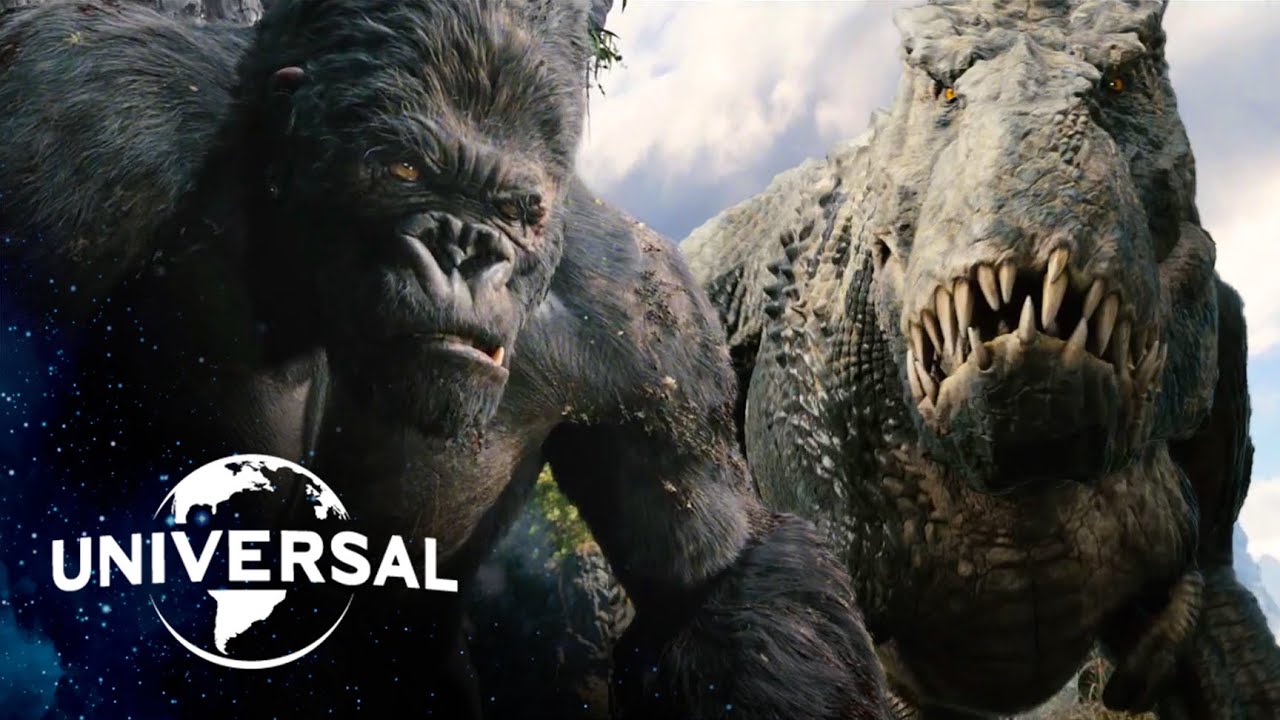 Next Video
Can King Kong save Ann Darrow from not one, not two, but THREE V. rexes? Find out now in this action-packed movie clip!
#KingKong

Synopsis:
The King Kong Extended Version is an action-packed movie experience with more than 13 minutes of additional footage not seen in the theatrical version, including the heart-stopping excitement of a charging Ceratops and the adrenaline rush of a Skull Island underwater creature's attack! Academy Award-winning director Peter Jackson (The Lord of the Rings Trilogy) brings his sweeping cinematic vision and groundbreaking special effects to this spectacular film, a thrilling epic adventure about a legendary gorilla captured on a treacherous island and brought to civilization, where he faces the ultimate fight for survival. Naomi Watts, Jack Black and Adrien Brody star.