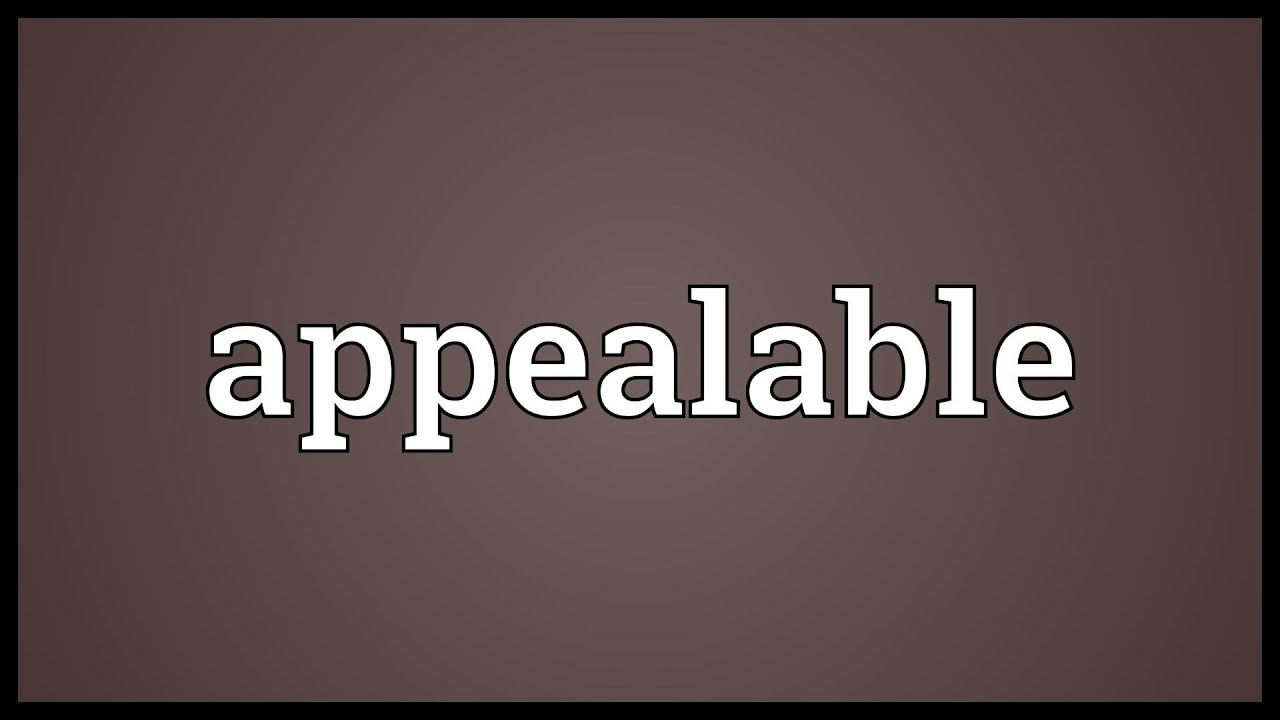 Next Video
Video shows what appealable means. That may be appealed, or sent to a higher court for judgement. That may be accused or called to answer by appeal.. Appealable Meaning. How to pronounce, definition audio dictionary. How to say appealable. Powered by MaryTTS, Wiktionary