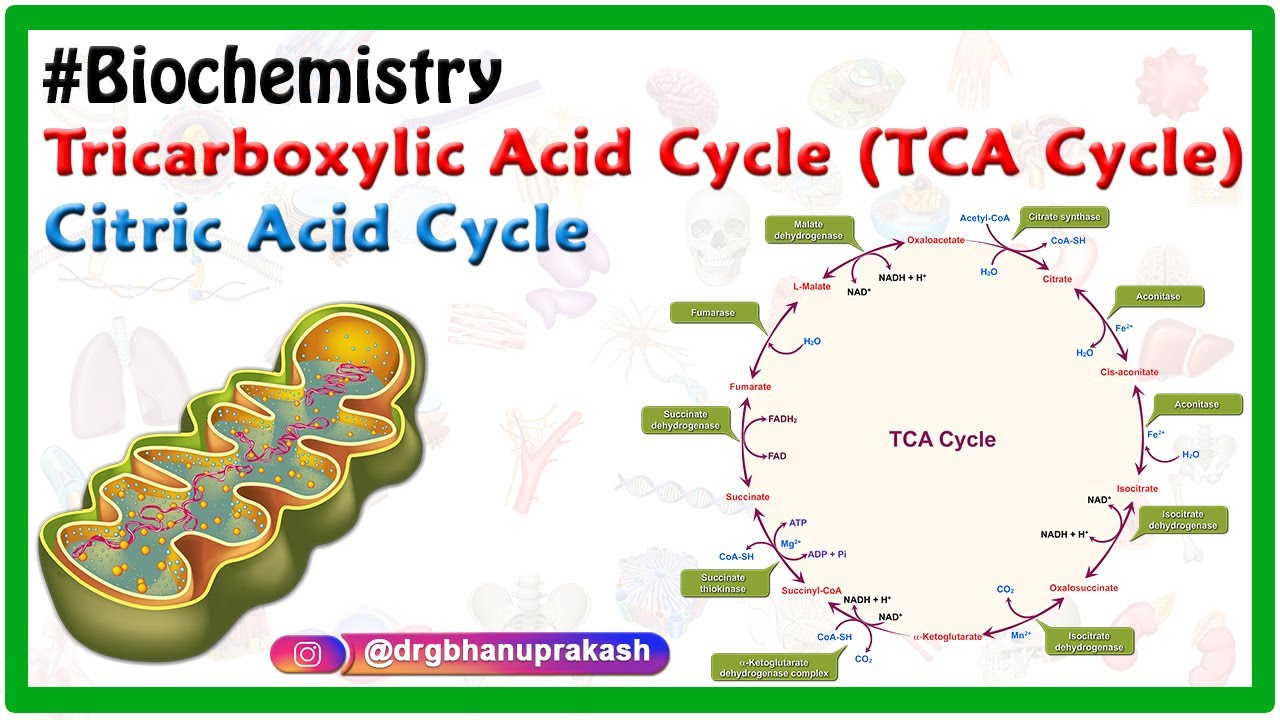 The citric acid cycle (TCA cycle) is an essential metabolic pathway at the end of the degradation of all nutrients that yield acetyl-CoA, including carbohydrates, lipids, ketogenic amino acids, and alcohol. Acetyl-CoA is a product of glycolysis (at high glucose levels) or beta-oxidation (at low glucose levels) and the first substrate of the TCA cycle. Over the course of the cycle, acetyl-CoA is oxidized to CO2 in 8 steps, and the energy that this generates is stored in FADH2, NADH+H+, and GTP. FADH2, NADH+H+ are then oxidized in the mitochondrial respiratory chain (electron transport chain), which ends in ATP synthesis. The intermediates of the TCA cycle are precursors for both anabolic and catabolic processes.