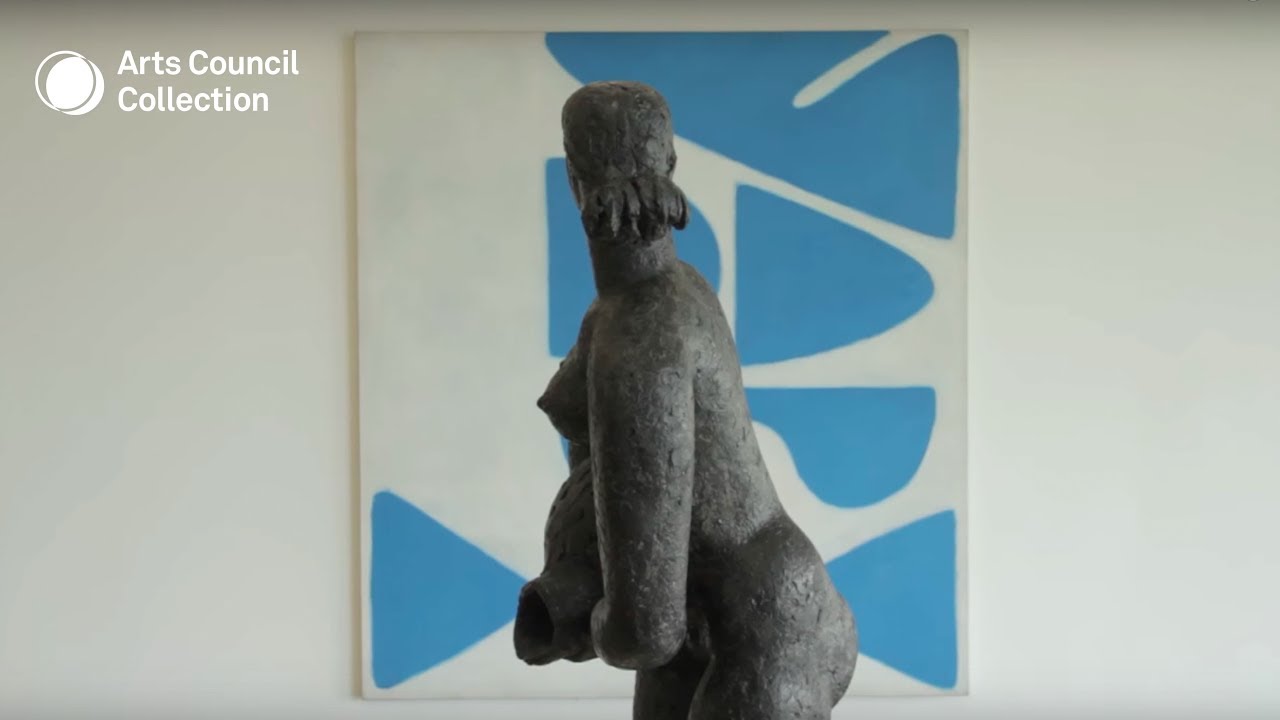 Next Video
‘When I look at sculptures of the human figure I am frequently left thinking of all the things that they’ve seen. This is the world of the silent onlooker.’ Ryan Gander

Curated by the leading British artist Ryan Gander, this major touring exhibition offers a unique view of the Arts Council Collection in its seventieth anniversary year. As an artist, Gander is known for avoiding a recognisable style, preferring to work with many different materials to explore new approaches to art. For Night in the Museum, Gander has positioned a range of figurative sculptures so that they can gaze at artworks featuring the colour blue – a colour which is important in Gander’s work, and which for him represents the abstract ideas often found in modern and contemporary art. The figures contemplate a wide selection of post-war British art encompassing different styles and periods. In presenting works in this unusual way, Gander disrupts the role of the curator as a mediator between art and the public. He invites us to look beyond traditional themes and histories and to consider new narratives and relationships.