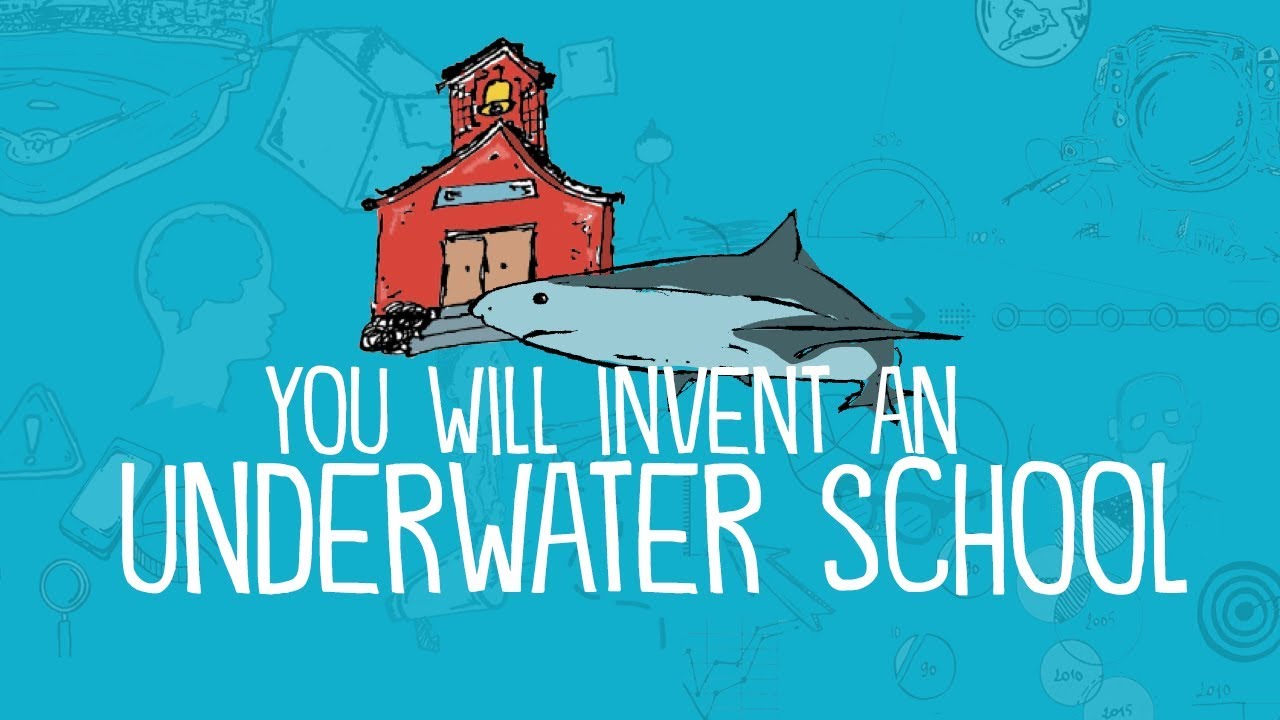 Next Video
Transcript:
A team of marine biologists have invited you to help design the first ever underwater school.
Okay, actually fish spend their entire lives in schools. But this will be the first underwater school for humans
What type of student would attend this school?
Where will it be located? How will students get to the school?
What will students learn? How will the subjects be different from typical school?
What sports would be available? What clubs would you have? Maybe scuba diving? Surfing?
What would the mascot be?
What would the building look like? How would the classrooms be designed?
How would you keep students safe?
Your job is to design this entire school and explain how it functions.