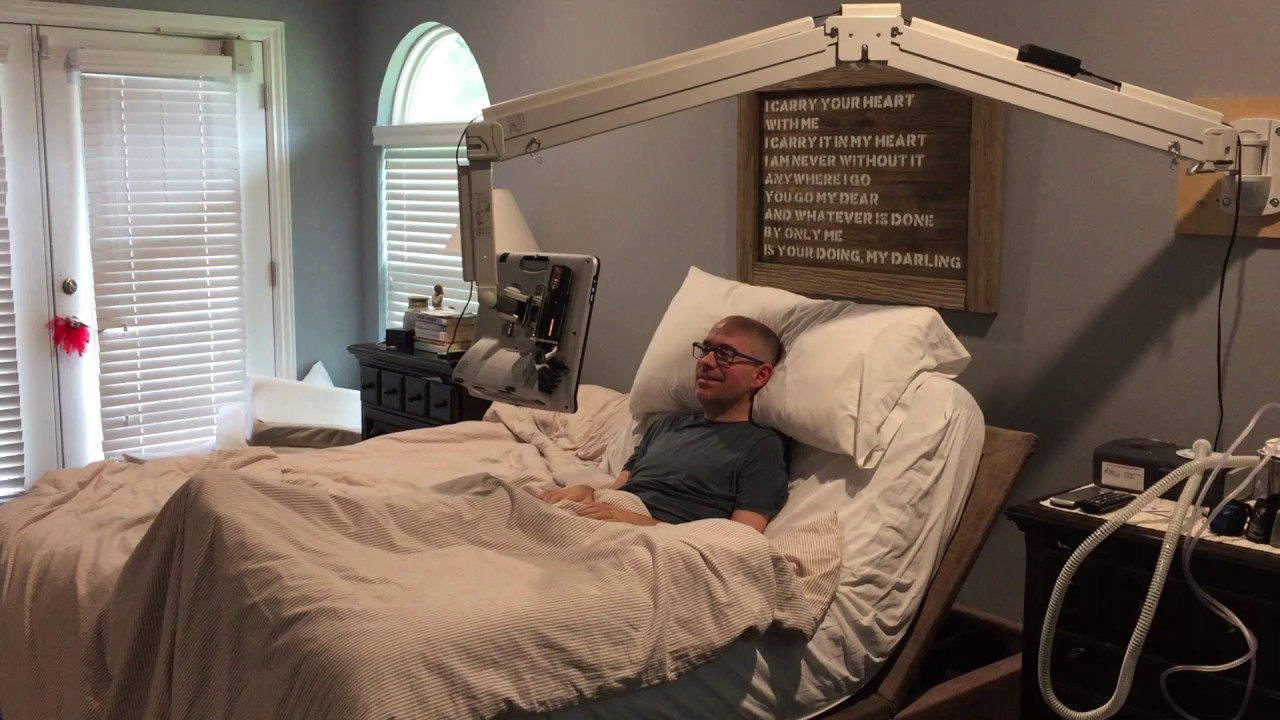 Next Video
this is my eye gaze bed controller. since these beds use radio not infrared there is no simple solution to control it with an eye gaze computer. So what I did was wired a blend micro arduino to the wireless bed remote and control it using a custom software Application. I can raise the feet and head independently using my eyes.