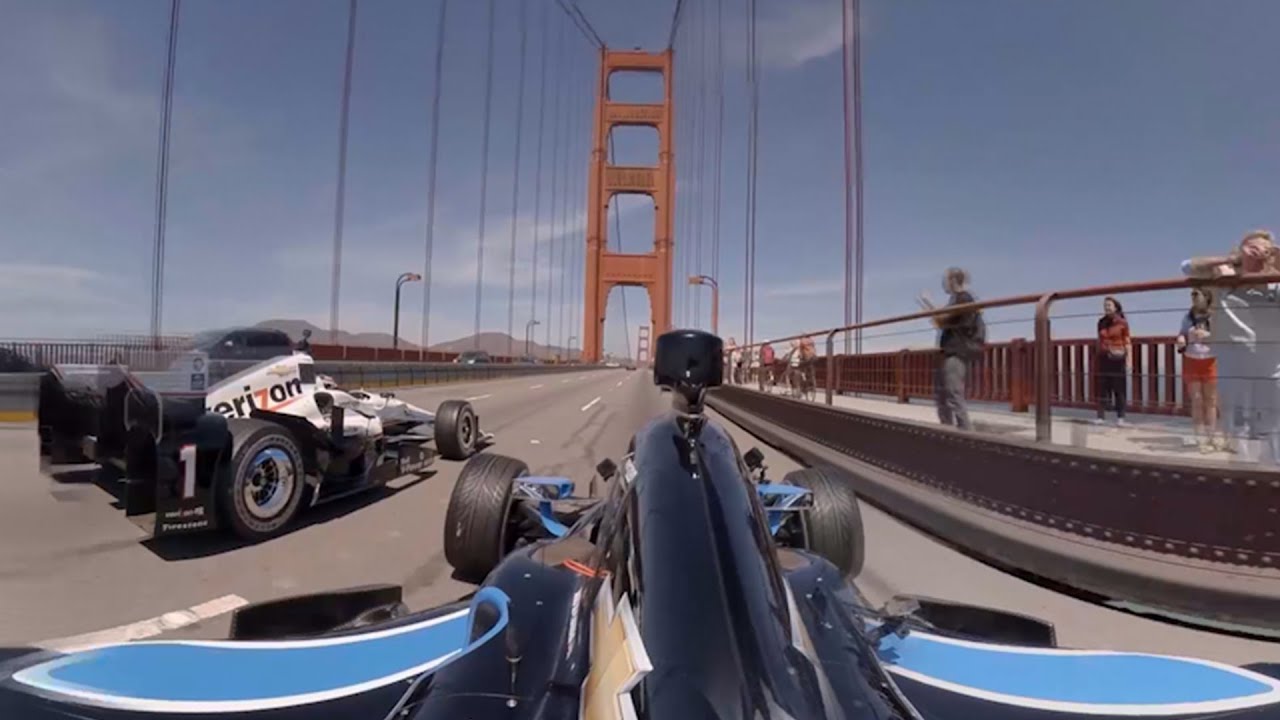 Next Video
GoPro Spherical puts you in the driver's seat of a GoPro IndyCar. Cruise along with the pack as they carry the IndyCar trophy across the iconic Golden Gate Bridge in San Francisco.

Check out the full 360 degree viewing experience in Google Chrome or your mobile device.

Explore by using your mouse or the ASWD keys to move around when viewing in Chrome!

To license clips from this video go to https://licensing.gopro.com