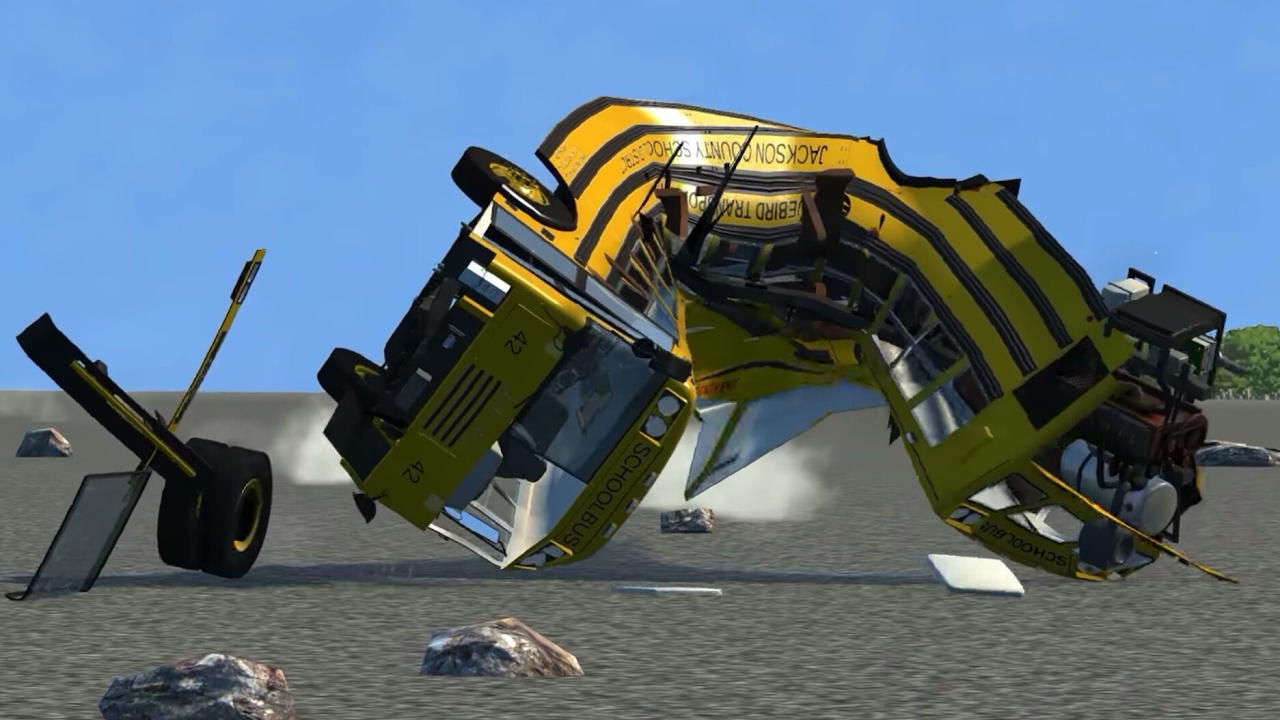 All mods are from here : http://www.beamng.com/resources/

A sandbox car driving simulation. BeamNG.drive is a debut work of the indie developer Beam NG and the result of several years spent developing a highly-realistic driving model. Players can sit behind the wheel of several vehicle types (e.g. passenger cars, pick-ups trucks, vans) and explore the vast terrains prepared by the developers. In addition, the creators prepared several game modes, including police pursuits, street races, and courier missions. In-game editor lets the players create their own vehicles and tracks. The driving model takes into account the numerous factors that influence moving vehicles. The pinnacle of BeamNG.drive is its remarkably realistic damage system - the in-game crashes' resemblance to real-life road accidents is almost terrifying.