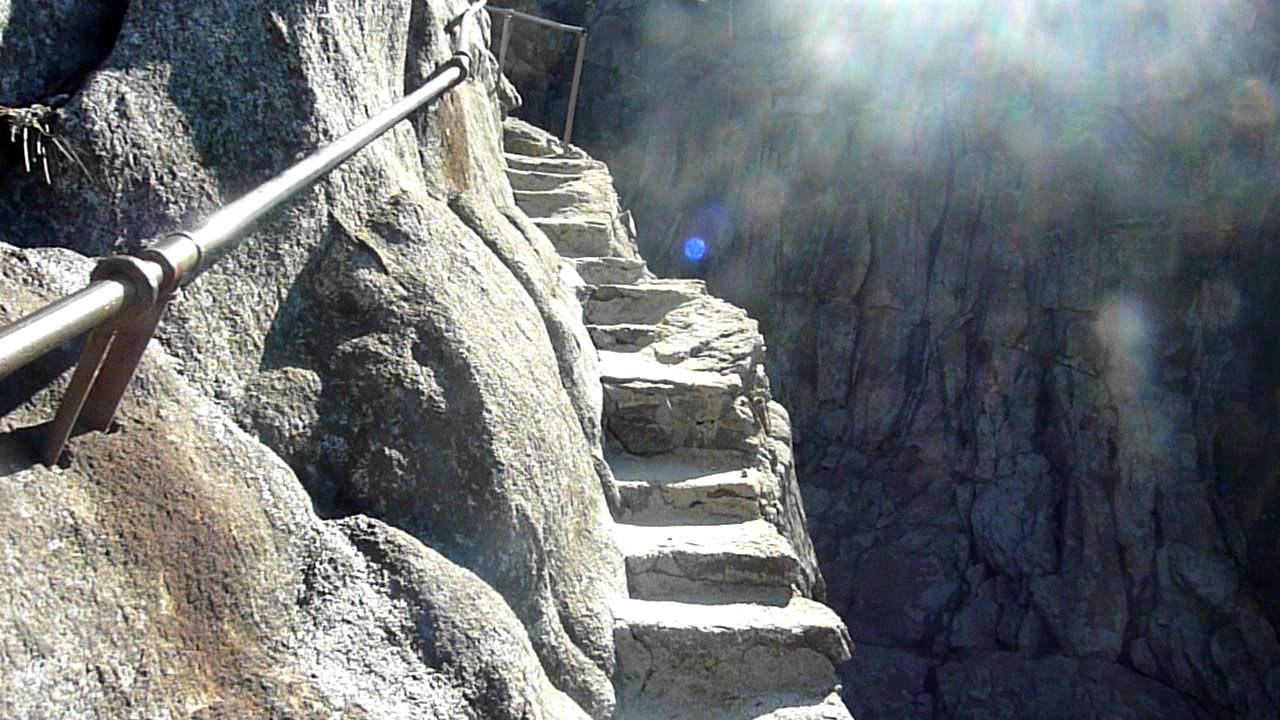 Next Video
This video starts at the overlook for Upper Yosemite Falls. It gives a brief look at the top of the falls and the view of Yosemite Valley. It then follows the narrow staircase/trail up from the overlook to give the viewer an idea of how narrow this stretch is to get to the overlook.

You can read more about my hike here and others on my blog: Wilderness Wanderings (http://www.wildernesswanderings.net)