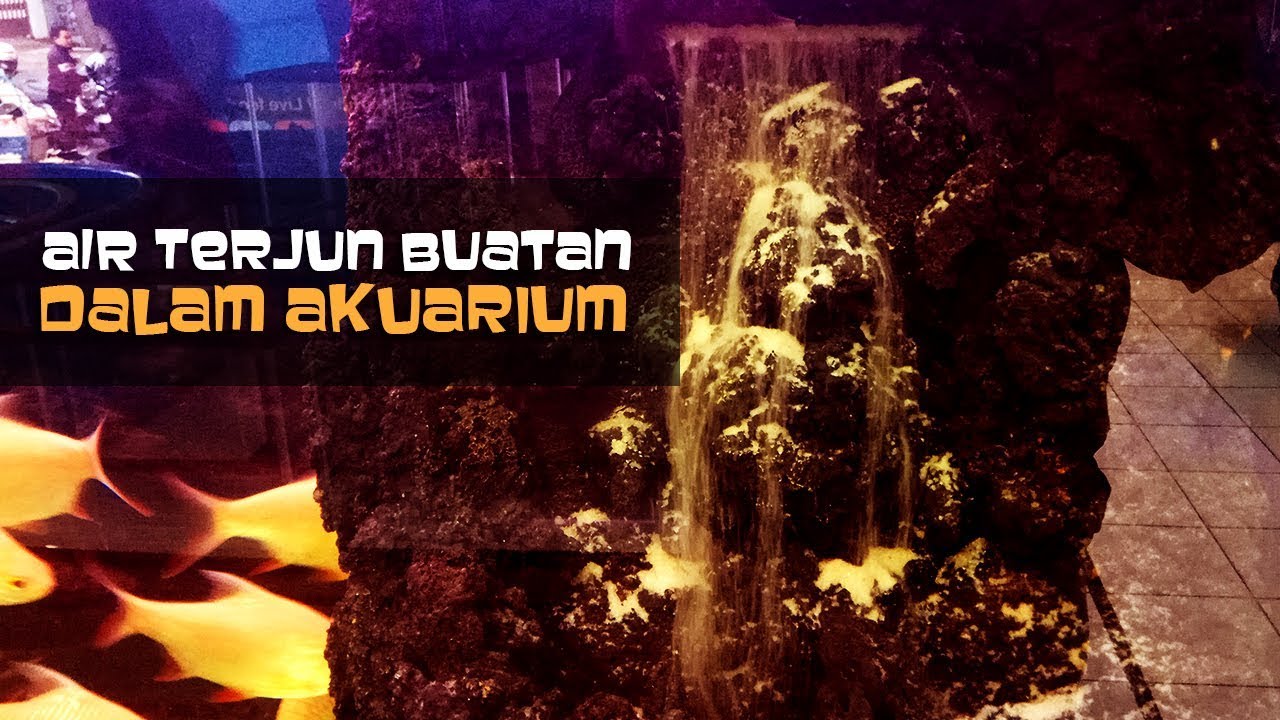 Next Video
Actually this is not underwater waterfall but white sand that falls from top to bottom continuously in the aquarium. If viewed from a distance it will look like a waterfall in the water.
Subscribe aja di sini: https://goo.gl/J4sgjG

The white sand is lifted by the air pressure from the aerator that rises to the top of the pipe. In a certain height water can be lifted up and carry sand from the bottom.

The sand that comes out from the top must come back down again by giving a sloping pedestal which is directed to the air source so that the sand can continue to come out from the top of the pipe along with the air coming out and going back to the bottom of the pipe.

Later, all equipment (aerators, pipes and plastic hoses) must be hidden with artificial aquarium cliffs or artificial stones which are deliberately made similar to make them look natural.