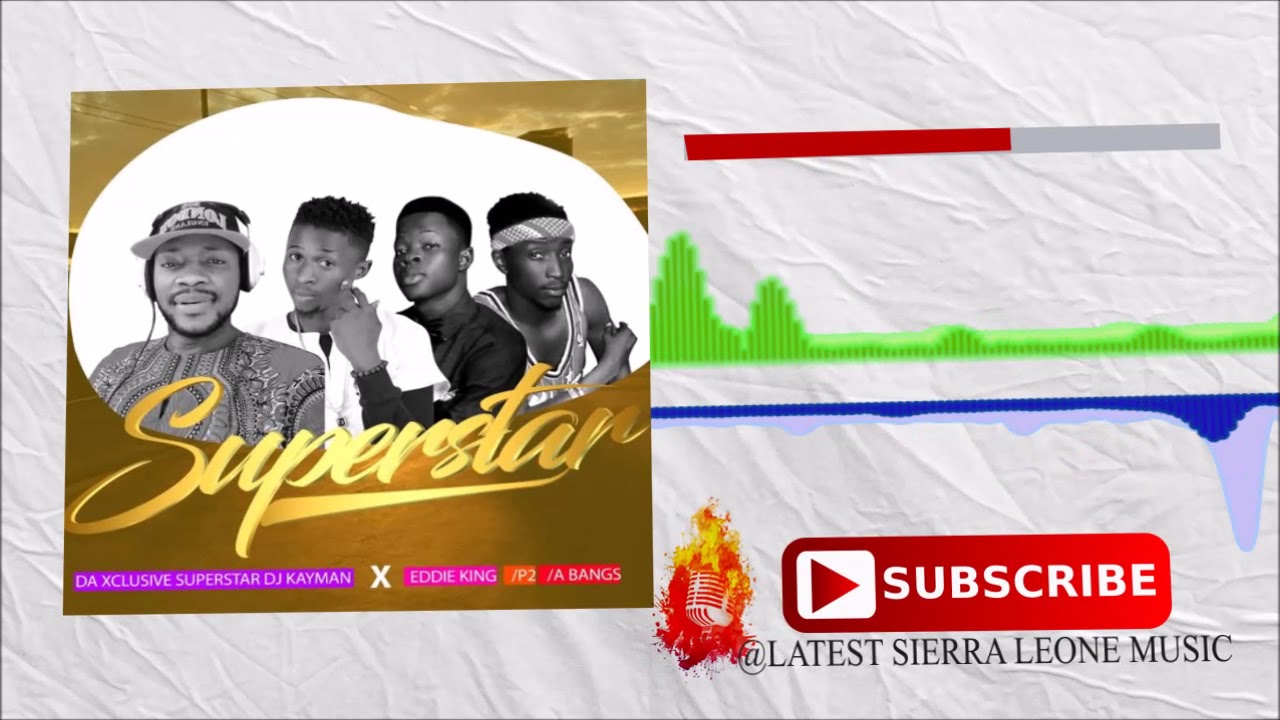 *🔥Short Biography*
Dj K man, currently the head of presenter DJs at *Country Radio 88.7fm,* spent his school days at Methodist boys high school and later forwarded his Education at Njala university were he received his certificate in information technology.

After completing his studies he started his work as a Radio Dj since the year 2000. This includes working for Universal Radio 98.7fm as head of presenter Djs for 7 years.

His career has allowed him to collaborate with big Sierra Leonean artists such as Emmerson, Big joe, Kao Daenoro and many more.

Overall he has been doing a fantastic job in promoting and uplifting Sierra Leone 🇸🇱 Music for the nation, and his love for this, is undeniable.

The song titled *Superstar* is his debut single which has just been released recently; produced by yung lee 🎹.

You can listen to the country radio which is available on *88.7fm* from 9am to 11pm. Tune in to stay connected.
┈┈▂▂▂▂┏━┓▂▂▂▂▂
┈╱┈┈┈╱┛┈┗╱┈┈┈╱▏
▕▔▔▔▔▔▔▔▔▔▔▔▔▏▏
┈▏╭━╮┏━━┓╭━╮▕▕
┈▏┃╳┃┣━━┫┃╳┃▕▕
┈▏╰━╯▔▔▔▔╰━╯▕╱
┈▔▔▔▔▔▔▔▔▔▔▔
*🔥Interaction Links*
*Radio Station*: 88.7fm
*Facebook:* Philip Boss Tyre
*Whatsapp*:+23278104122

This channel aims to promote Sierra Leone🇸🇱 Music, Sierra Leone Artists & Culture.
Don't Forget to hit the Subscribe button for more salone music 🎵. You can also press the 'Bell'🔔 next to the subscribe button to get a notification whenever we upload brand new sierra leone songs.🎧🎼🎹

Hit the Like 👍 button if you liked the Song. 💙

Copyright information:
MUSIC SPARKS 🔥 does NOT own this song NOR the image(s) featured in this video. All rights belong to their rightful owner/owners in this case the Musician(s), Authorized Distributor(s), or Record Lable(s).

If you find your music on this channel, and you want it to be removed, Please contact us, and our channel administrators would remove it in less than 24 Hours.

Thank you for your support and motivation. Sierra Leone Music is on the rise and we are all part of it.

If you would like your Music to be uploaded, or for any business enquiries please contact us on [email protected]