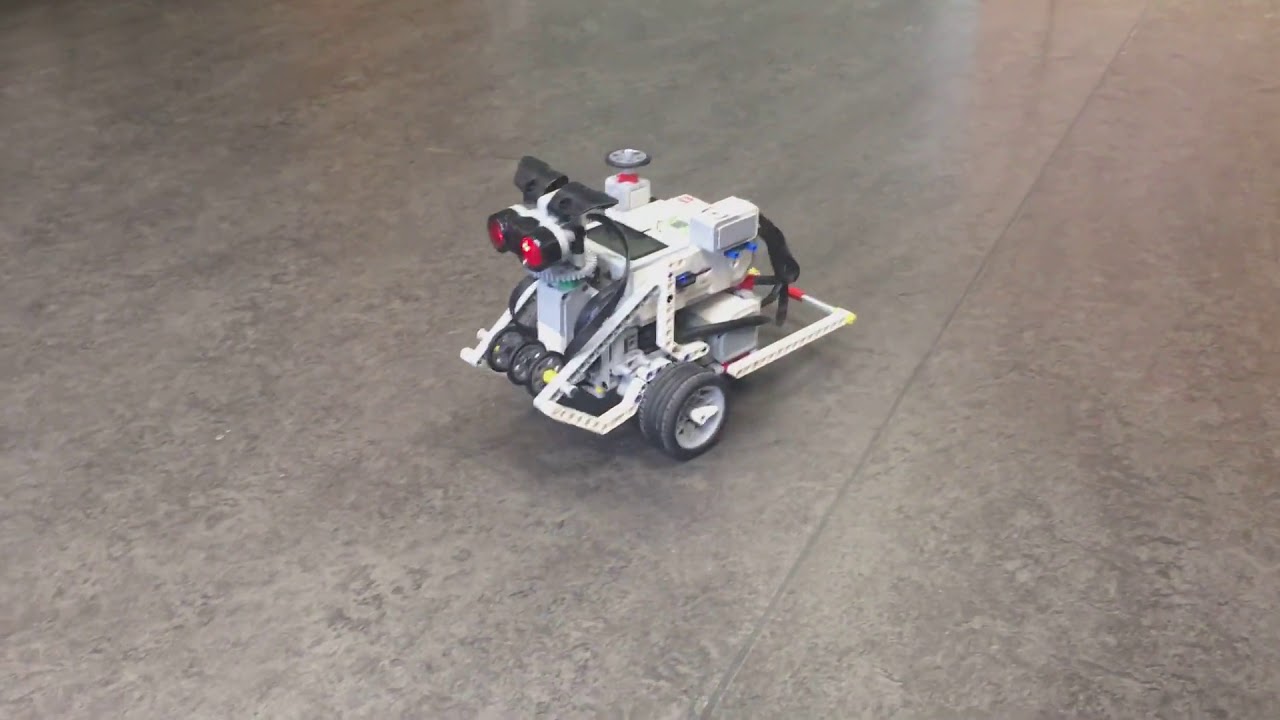 Shown is the direction reversal of the LEGO Mindstorms robot upon a kick control signal.