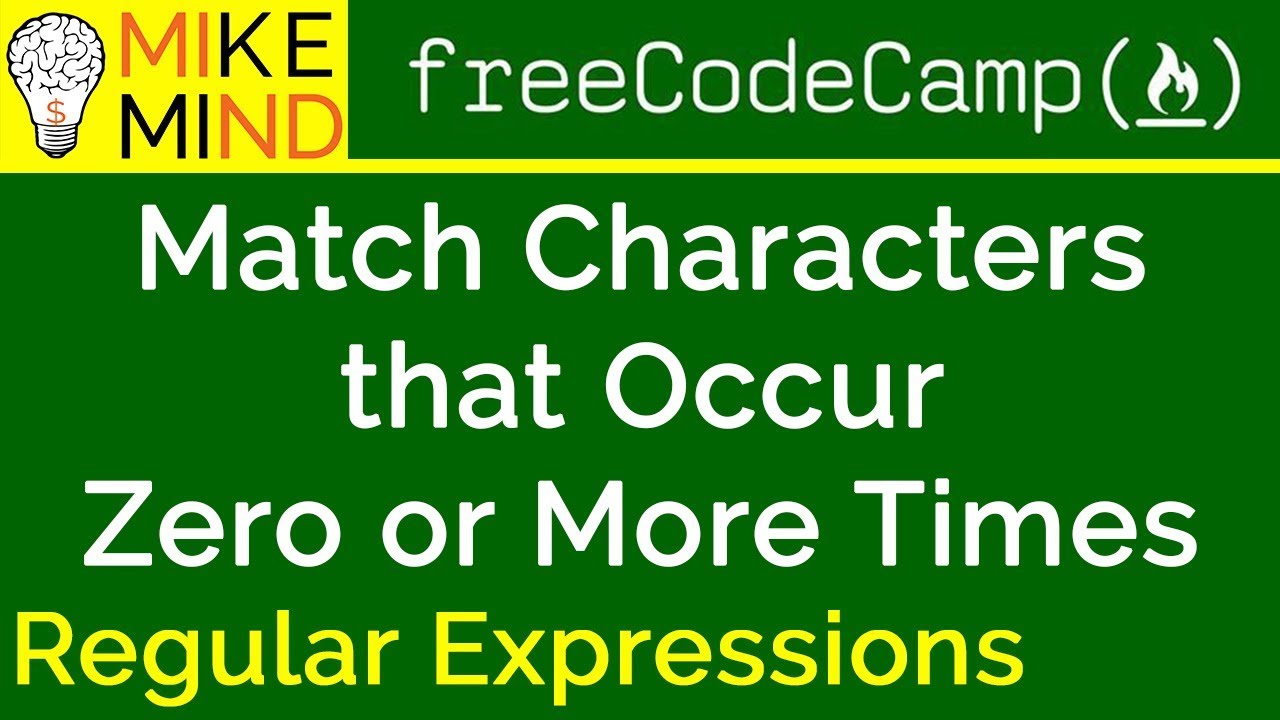 I'm Mike Mind and I'll help you solve the freeCodeCamp exercises to learn code, get a certification and become a professional web developer.

In this coding tutorial series, we'll focus on Regular Expressions.

Any feedback is appreciated, I'll answer all your questions/suggestions!