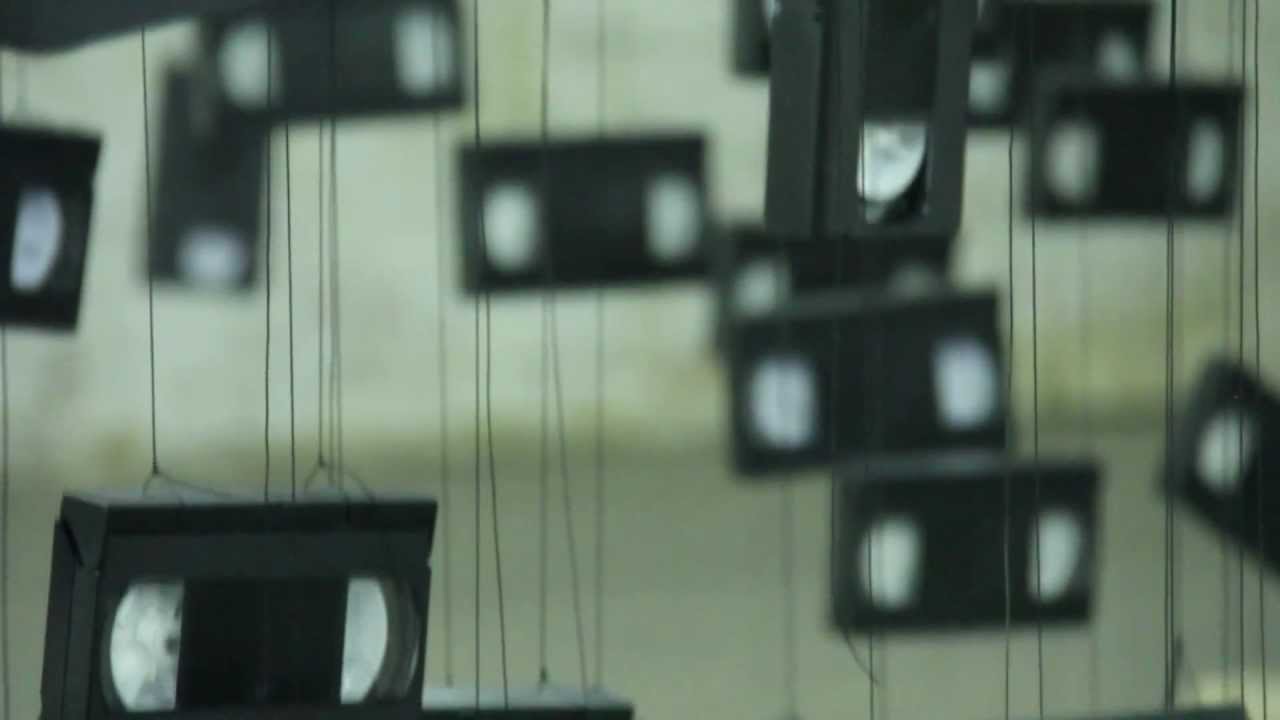 I was asked by Youtube to participate in their "Play Means Business" Program. They gave me the statistic of "500 years of youtube videos are watched each day through social media sites" and asked if I could build an illusion around it. I thought VHS tapes would be a nice way to portray "video" and would be easy to work with to create the illusion. The only effects added to this video are the words added to the floor below "500 years" at the end of the video. This illusion was the most involved and most difficult illusion I've ever created. And it had to be created in a short period of time. Many thanks to Djamila and my dad for helping me with the project. If they weren't involved I could have never pulled it off. I had to find a building large enough to pull off the project. I was lucky to find a 100 year old building for rent and the owner was willing to rent it for the 5 or 6 days that I needed it. Then we had to build a 16 X 16 foot wooden structure from which I could suspend the tapes. We covered the wooden structure with chicken wire to have multiple points to hang the tapes from. One of the most challenging parts of the project was suspending the structure. It weighed about 300 pounds. We called in a friend that wasnt afraid to climb up the 100 year old wooden columns and beams to hook up a pully. After an hour of climbing and hooking up ropes, he tied the lose end of the rope to his truck and then backed his truck up which raised the structure 12 feet in the air. Now it was time to start hanging tapes. We had to tie 2 pieces of string to each tape and then run the top of the string through a paper clip. I used the paper clips as a hook. We started hanging tapes at 3pm on thursday and worked nonstop until 5am Friday. I calculated that I climbed the 8 foot ladder a total of 1000 times. We were all extremely tired by the end of the process. We were all very excited at the end result. I
filmed the illusion the following day and submitted the footage to youtube. They were very happy with the results.

If you enjoy the video, please share it with your friends. Thanks!