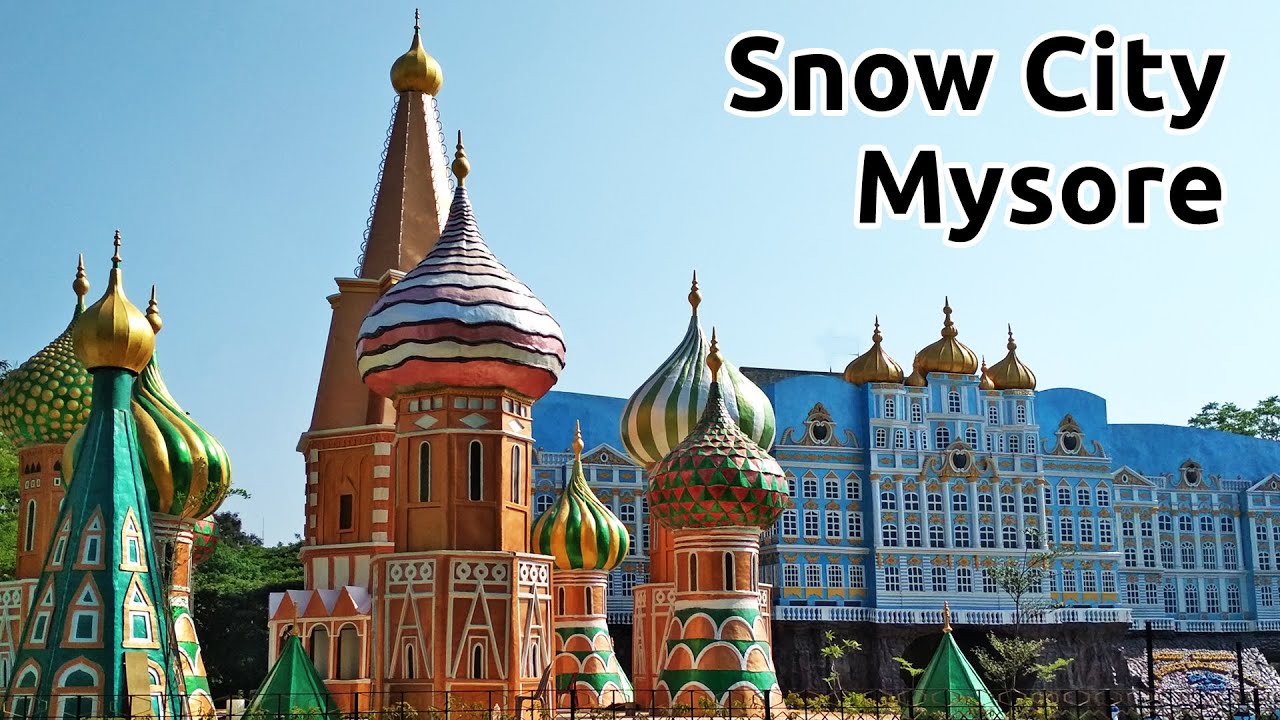 Next Video
Mysore's first “Snow City Theme Park” an Ice & snow-themed indoor amusement park, was inaugurated by member of erstwhile Mysore royal family Pramoda Devi Wadiyar. Snow City Mysore tourism Karnataka tourism .Snow City Theme Park in Mysore for chilled environment built artificially in Mysore The Snow City has come up in Nazarbad at Regency Theatre on Lokranjan Mahal Road near Mysuru Zoo that has been converted to hold the new set up. The Regency Theatre has been completely refurbished and the whole structure resembles like Kremlin, a fortified complex at the heart of Moscow, the capital of Russia overlooking the Moskva River.

The land of Regency Theatre is owned by the erstwhile royal family of Mysuru and the promoters of Snow City have an understanding with the royal family for setting up the new facility.The temperature hit a low of minus six degrees while the temperatures at similar snow cities are usually maintained at minus four to five degrees.

The Snow City offers an experience in snow balling, mountain climbing, snow jumping, sliding, sledging, dancing, snow skiing and snow sliding along with DJ music in an area of 10,000 square feet. There is a selfie spot and a waterfall at the entrance.Trained personnel keep a watch on gamers and those using skiing machines and rescuers are stationed at the venue. All the players are provided with boots, helmets, thermals, caps, gloves and jackets as the temperature will be below freezing. There is a drying area where gamers can dry their clothes.Other attractions at the Snow City include Snow Disc, Ice Sliding, Snowball Throwing, Snow Bike, Snow Mountaineering, Ice House and Snow Hotel.

For Mysureans, Rs.250 per head will be charged for a 45-minute session on working days inside the facility and on weekends, it will be Rs.300 per head. For tourists, Rs.300 will be charged on normal days and during weekends they have to pay Rs.350.

Parking charges will be extra and cameras and mobile phones are not allowed inside. Visitors have to leave their valuables inside lockers and there will be an in-house cameraman who will supply photos on demand for a fee. There will be nine sessions per day from 10.15 am till 8 pm.