Brush Rabbits Coming Out to Feed Before Sunset 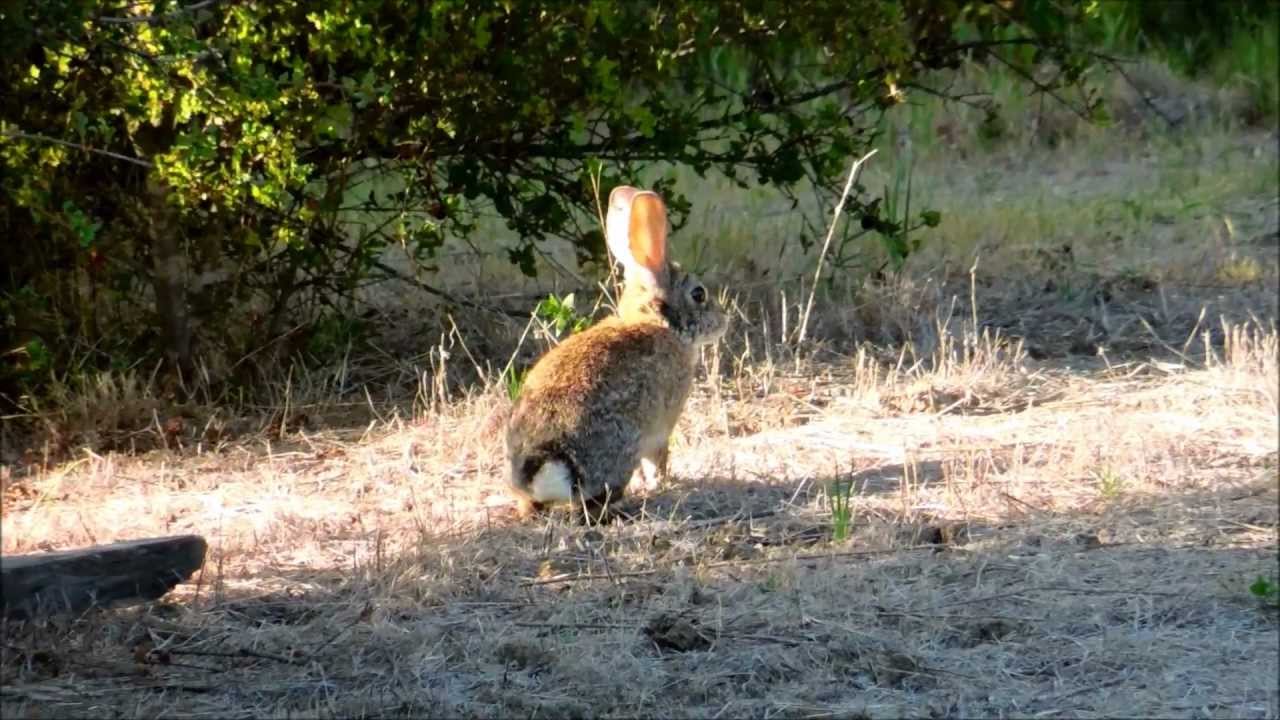 Next Video
Brush rabbits, Sylvilagus bachmani, or Western Brush Rabbits, can be seen on lawns and in the wild all throughout Southern California by mid or late afternoon. They typically do not stray afar from the cover of the nearby brush or human structures in case predators attack. I've seen many brush rabbits feeding in apartment complex manicured lawns well before the sunset and throughout the wee hours of the night. The ones that feed on lawns may be more habituated to the presence of humans and thus one can get to a close distance before triggering a flight response. I've come within 4 feet of Brush Rabbits on a few occasions before they hopped away. The Brush Rabbit is much more compact in body structure than most other wild species of rabbits and looks like a stuffed animal.

In the case of the second rabbit in this video, little gnat-like flies of some sort were biting its ears; hence the rabbit was constantly shaking its ears to swat them away. The ears are lush with blood vessels over a large surface area to promote heat loss during the day. That makes the rabbit ears a prime target for blood-sucking insects.