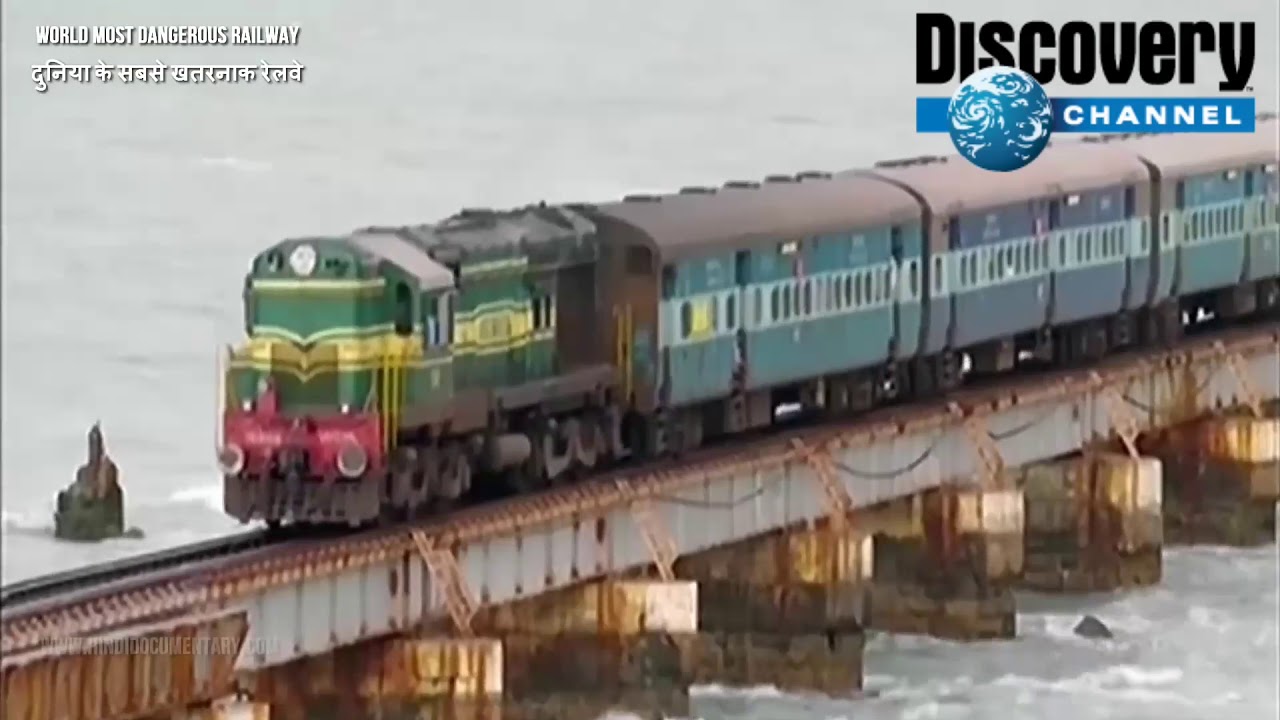 Next Video
The most dangerous, extreme and beautiful railways in the World. A video you must watch: the World's most incredible, unbelievable, unimaginable, impossible and amazing railways!

The most spectacular railways of the world, including:

- Maeklong Railway, Thailand: the railway crosses the Maeklong market, one of the largest fresh seafood markets in Thailand

- Burma railway, Thailand/Myanmar: also known as the Death railway, was built by the Empire of Japan during World War II

- Indian railways: India has the world's busiest railway system whit over 8 billion passengers every year and the most dangerous one: more than 25,000 people die annually on India's railways

- Nepal railways: Nepal has just two railway lines with a total of 37 miles (60 km) and the train makes only two trips a day

- Rameswaram Pamban Bridge, India: it is considered the most dangerous sea bridge due to its location in a cyclone-prone high wind velocity zone

- White Pass and Yukon route, Alaska: the railroad began construction in 1898 during the Klondike Gold Rush to reach the goldfields

- PaSak Chonlasit Dam, Thailand: one of the longest rail bridge in the world

- Kuranda railway, Australia: many lives were lost during the construction that began in 1882 to provide supplies to tin miners

- Gelmerbahn funicular, Switzerland: the second steepest funicular railway in the world (maximum incline: 106%) but definitely the most impressive one, giving the fun of a roller coaster

- Bernina and Albula railways, Switzerland, jointly recorded in the list of UNESCO World Heritage Sites; the Bernina railway is one of the steepest adhesion railways in the world across the Oberalp Pass on the highest point at 2,033 m (6,670 ft) in altitude

- Cumbres & Toltec railroad, New Mexico: runs over the 10,015 ft (3,053 m) Cumbres Pass and is the highest and longest narrow gauge steam railroad in the United States

- Token exchange: this rudimentary and very dangerous railway signalling is incredibly still in use in some Asian nations, including Sri Lanka, Singapore and Thailand; a token is a physical object which a locomotive driver is required to have before entering onto a particular section of a railway

- Mullan Pass, in the Rocky Mountains of Montana

- Qinghai–Tibet Railway, China: connects China to the autonomus region of Tibet and has a length of 1,215 miles (1956 km); the line includes the Tanggula Pass, which, at 16,640 feet (5072 m) above sea level, is the world's highest railway
This list consists 12 of the most dangerous and extreme railways in the world!!From railways That deep gorges and near vertical descents, to a 100 year old railway bridge built on sea. These are some of the most amazing, unbelievable and incredible railway routes around the world. These Railways offer daring experience to those who ride them.The Trains needs to pass through the most dangerous railroads along their journey. However, one can enjoy the scenic beauty while travelling on them.

The Most Dangerous Railways featured in this list are :

Maeklong Railway, Thailand: This Railways passes through the congested maeklong market in Thailand.

Bangladesh Railways : Considered most overcrowded railways in the world where roof riding is a common sight.