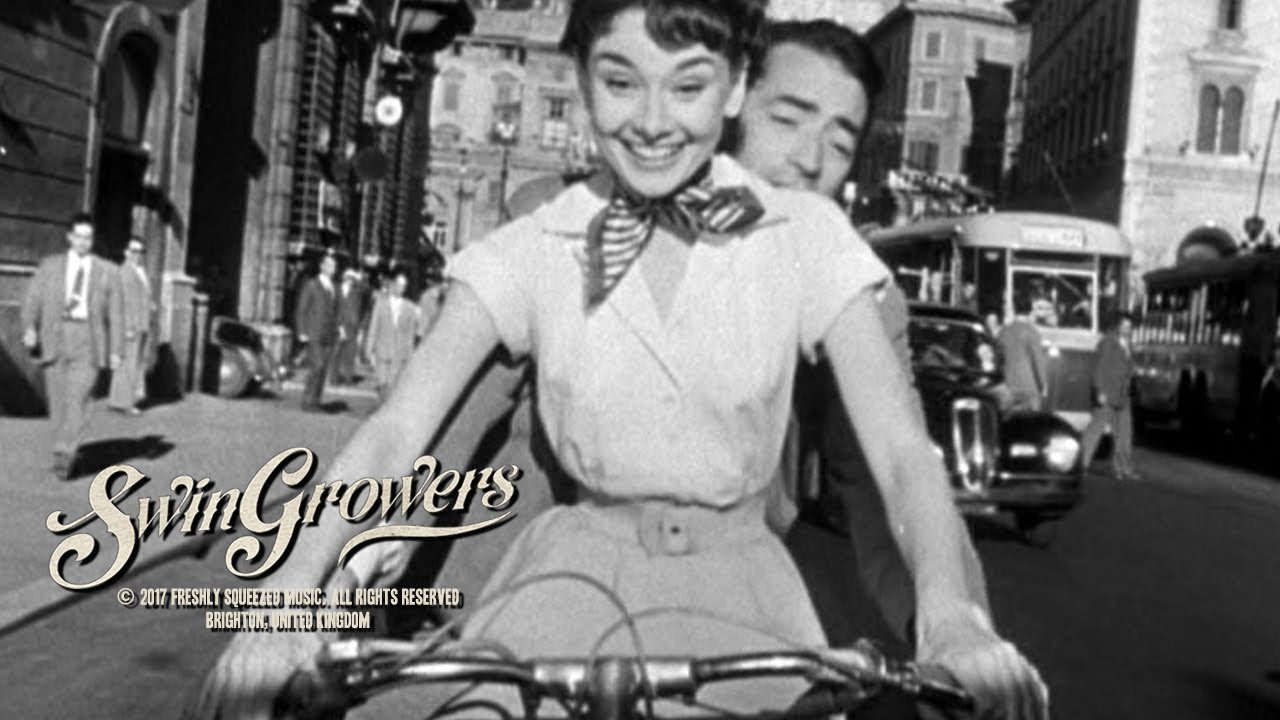 Next Video
VIA CON ME (It's Wonderful) from Italy's SWINGROWERS is the 1st of a 3 part series called DO NOT COVER featuring electro swing versions of classic songs. Other covers include PUMP UP THE JAM and MR SANDMAN... The complete "DO NOT COVER" EP is out now. Available to stream/download from all good sites....
____________________

VIA CON ME was originally recorded by PAULO CONTE and has become something of a cult anthem with lyrics roughly translated as "Come away with me...".

The band first performed this as a surprise for their manager at their gig supporting CARAVAN PALACE at London KOKO in November 2012. You can hear the story in the mini documentary about that gig here: http://www.youtube.com/watch?v=id-zyjjOplY

The video features a young Audrey Hepburn and Gregory Peck in the superb romantic comedy ROMAN HOLIDAY (1953) which features this memorable scene of an out of control Vespa in the streets of Rome. If you've not seen the film, make sure you do... it's a true classic.

FRESHLY SQUEEZED are "world leaders in putting a modern dance music spin on vintage records" (Mixmag) - we are the independent British label behind the award-winning compilation series, night club and live event WHITE MINK - "Electro swings first landmark moment" - and ground-breaking brands like ELECTRO BLUES or VINTAGE REMIX. We have released music and compilations from artists including THE CORRESPONDENTS, SWING REPUBLIC, JFB, JEM STONE, SWINGROWERS, MARCELLA PUPPINI, R.A. THE RUGGED MAN and many more. Promoting sell-out UK shows by artists including CARAVAN PALACE and PAROV STELAR. The label has always led the way in fusing vintage influences with a contemporary twist.