The Process of Soil Stabilisation 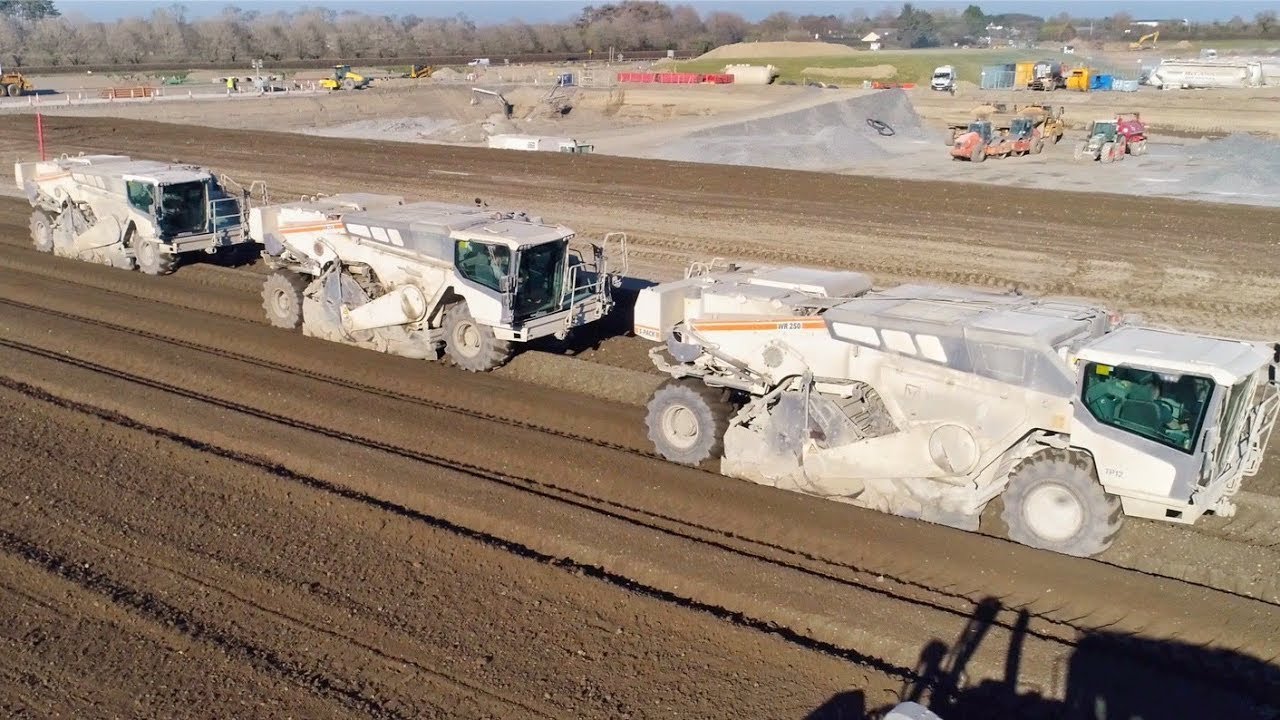 Next Video
The Process of Soil Stabilisation

During initial surveys for the construction of a new supermarket distribution centre in Newbridge, Ireland it was found that the ground was insufficient to bear the weight of the building or associated hard surfaces around the building.

There was a layer of peat under the surface that needed to be removed and the rest of the clay-like material wasn't suitable for building on either. The expensive option would have been to remove all the material off-site and then to bring in aggregate to take it's place. Option two involved removing the layer of peat and stabilising the rest the material with cement, which was strong enough to bear the buildings foundations

Newton Ground Engineering which is part of the CAB Group undertook the soil stabilisation contract. The stabilisation was done in sections and layers 380mm deep which compacted to 300mm.

Excavators load the pre-treated soil on to ADT's which transport it over to the working area. Bulldozers then level the soil to 380mm deep using Trimble GPS systems. Spreaders distribute a precise amount of cement on the layer of soil, with Wirtgen WR250 soil stabilisers following after to mix the soil and cement. Bulldozers then level the treated material allowing rollers to compact the layer to 300mm. In the end a sample is taken to be tested.