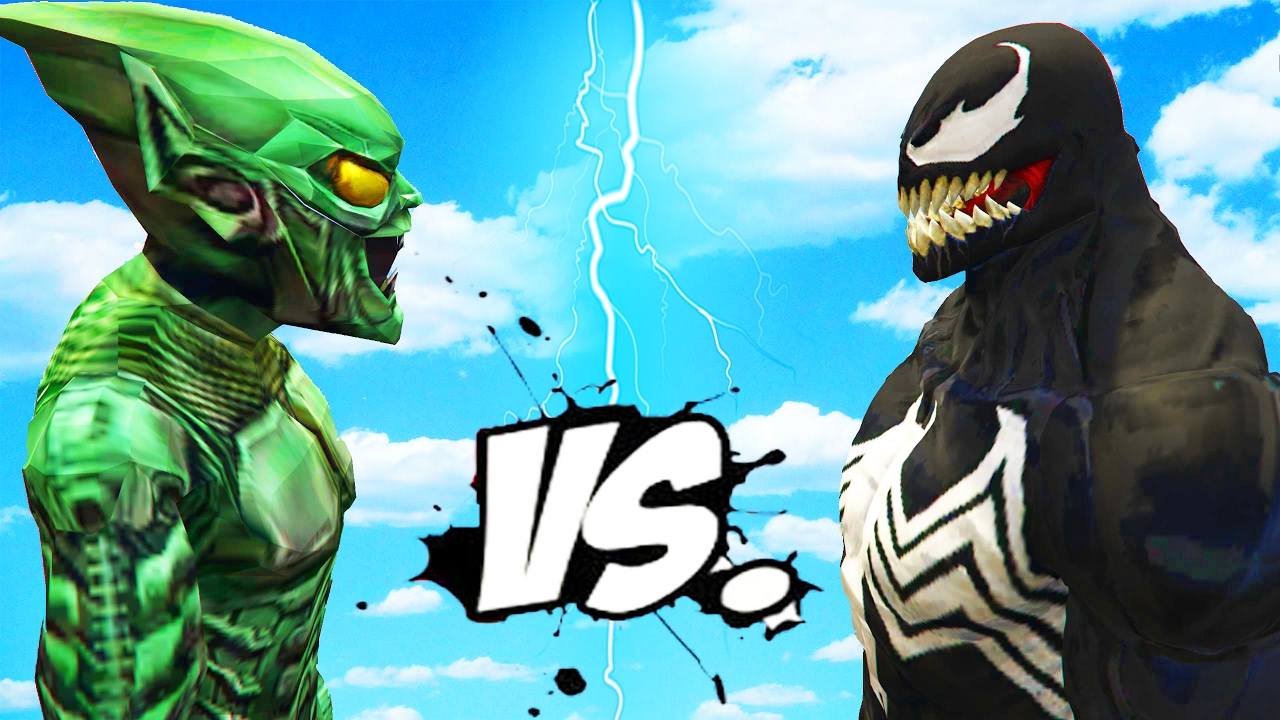 Venom is the major antagonist in the Spider-Man franchise. He is Spider-Man's archenemy. The name has belonged to several different hosts over the years, which means that Venom is indeed the identity of this particular alien Symbiote. The Symbiote named itself Venom and considered itself as a venom for Spider-Man.

The Green Goblin is the alias of several fictional characters that appears in comic books published by Marvel Comics and the arch-nemesis of Spider-Man. The first and most high-profile incarnation Norman Osborn first appeared in The Amazing Spider-Man #14 and was created by Stan Lee and Steve Ditko. The Green Goblin is a Halloween-themed supervillain whose weapons resemble bats, ghosts and jack-o'-lanterns. Comics journalist and historian Mike Conroy writes of the character: "Of all the costumed villains who've plagued Spider-Man over the years, the most flat-out unhinged and terrifying of them all is the Green Goblin."

Be sure to check out other epic battles between superheroes:

★ Venom vs The Flash
https://youtu.be/5dI3SOmqb8k