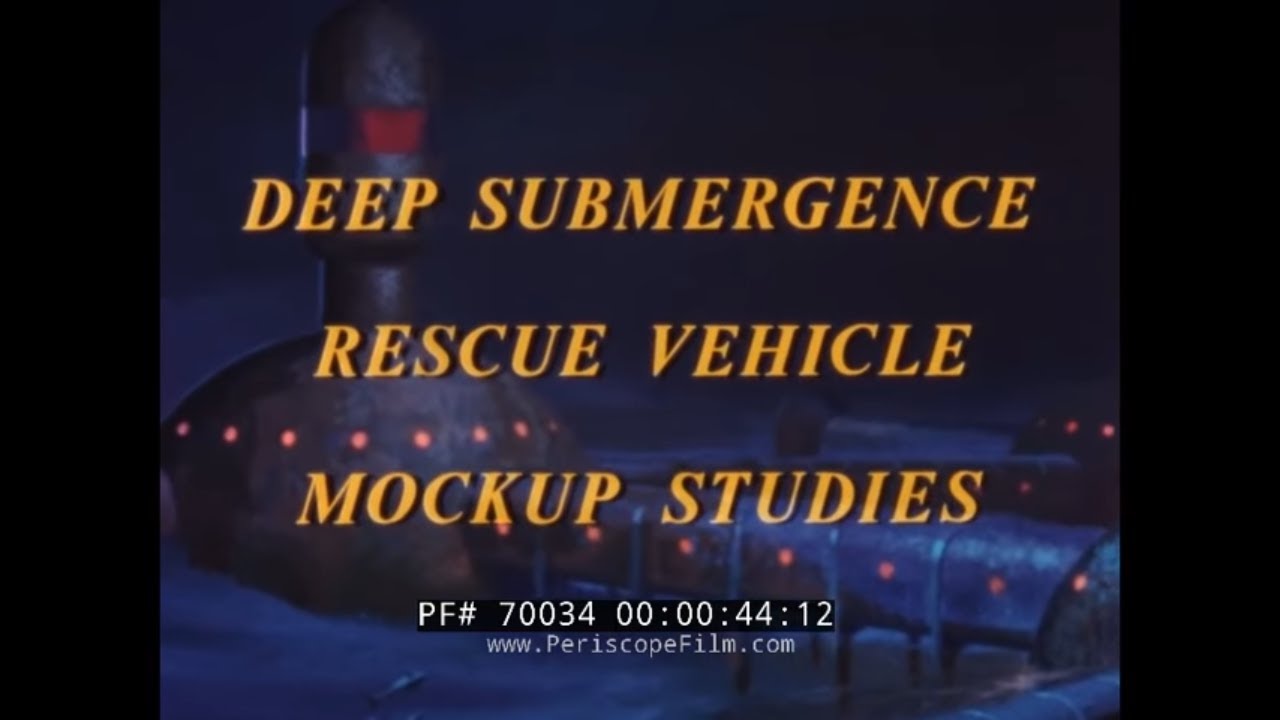 Next Video
Made in 1966 as part of North American Aviation's bid to produce the U.S. Navy's Mystic Class DSRV Deep Submergence Rescue Vehicle, this rare and unique film gives a behind-the-scenes look at the development of this revolutionary rescue submersible. The film shows how aircraft and spacecraft simulators were used to study the problems that the DSRV would encounter, and two different mock-ups were designed and built to demonstrate (1) a spherical hull design and (2) a cylindrical hull design.

The Mystic class was a class of Deep-Submergence Rescue Vehicles (DSRVs), designed for rescue operations on submerged, disabled submarines of the United States Navy or foreign navies. The two submarines of the class were never used for this purpose, and were replaced by the Submarine Rescue Diving Recompression System.

The Deep Submergence System Project was established in June 1965 in the aftermath of the loss of USS Thresher in 1963.

At the time, submarine operating depths greatly exceeded the capabilities of rescue vessels. Lockheed Missiles and Space Company was contracted to produce a deep diving rescue submarine, the first of which was launched in 1970. While it has been alleged that the stated goal of the DSRV project was unrealistic, and that it was a front for research on undersea espionage, including cable tapping, the DSRVs have a demonstrated rescue capability, and have conducted numerous practice rescue missions.

DSRV-1 was launched in San Diego, California, on 24 January 1970. Testing culminated in an operational evaluation that saw a complete, simulated submarine rescue mission. DSRV-1 was named Mystic during Fleet Acceptance Ceremonies in 1977.

The second, and final, vessel in the class, DSRV-2, was subsequently launched and named Avalon.

DSRVs are designed for quick deployment in the event of a submarine accident. DSRVs are transportable by truck, aircraft, ship, or by specially configured attack submarine. At the accident site, the DSRV works with either a "mother ship" or "mother submarine". The DSRV dives, conducts a sonar search, and attaches to the disabled submarine’s hatch. DSRVs can embark up to 24 persons for transfer to the mother vessel.

The DSRV also has an arm to clear hatches on a disabled submarine and a combined gripper and cable cutter. The gripper is able to lift 1,000 pounds (450 kg).

From the moment they were made, the Mystic DSRVs were subject of rumors concerning their "real purpose". Supposedly the DSRV was the brainchild of Navy spook John P. Craven, who was responsible for, among other things, a phone tap of an undersea Russian communications line (Ivy Bells) and the partial salvage of a sunken Russian Kilo Submarine (Project Jennifer). In this scenario, the DSRVs was a government and CIA cover-story for covert operations undersea. Indeed, USS Halibut had a fake DSRV bolted to its deck (used instead to harbor U.S. Navy SEALs for Operation Ivy Bells).

We encourage viewers to add comments and, especially, to provide additional information about our videos by adding a comment! See something interesting? Tell people what it is and what they can see by writing something for example like: "01:00:12:00 -- President Roosevelt is seen meeting with Winston Churchill at the Quebec Conference."

This film is part of the Periscope Film LLC archive, one of the largest historic military, transportation, and aviation stock footage collections in the USA. Entirely film backed, this material is available for licensing in 24p HD and 2k. For more information visit http://www.PeriscopeFilm.com