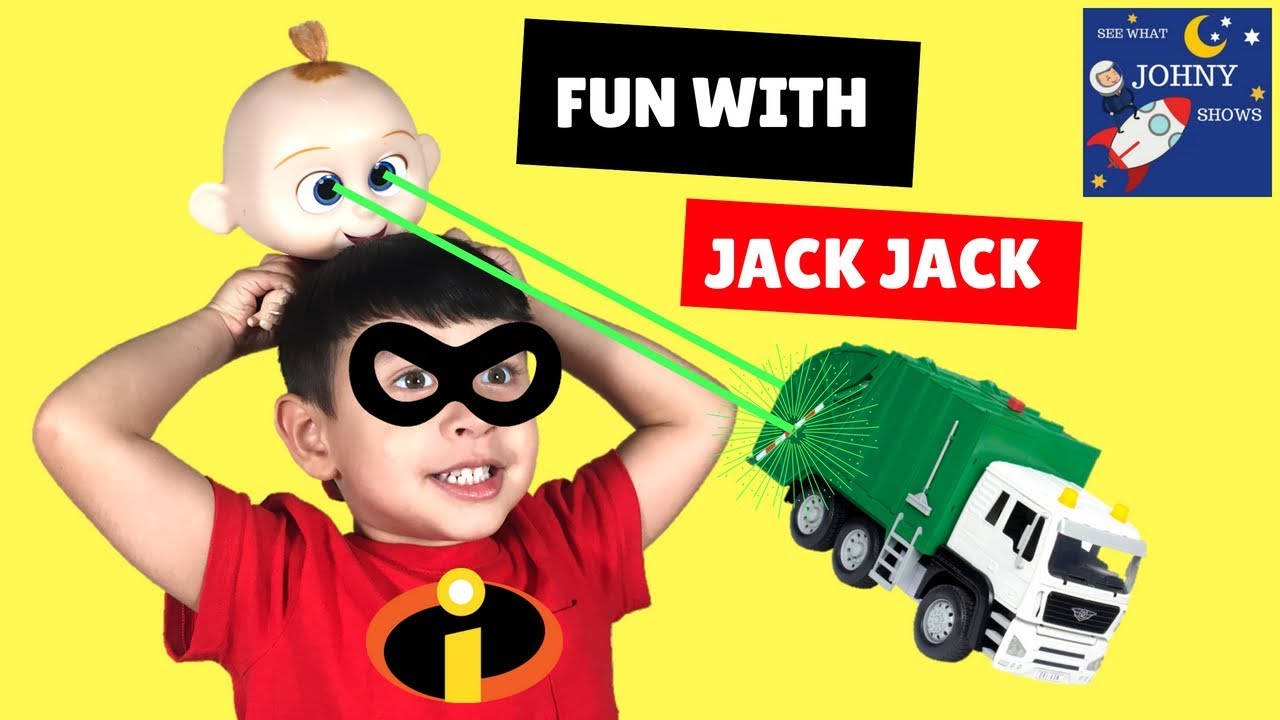 Next Video
Hi guys! Johny babysits Jack Jack From the New Disney Pixar Incredibles 2. While Johny does pretend play babysitting Jack Jack from the Incredibles 2 toy Jack Jack uses his laser eyes to tip over a garbage truck and a cement mixer. Jack Jack uses teleportation to teleport Johny from his home to the park, he also teleports a scooter there. Jack Jack is at the park riding a scooter and having fun, they go down the slide and even do some pull ups.Jack jack and Johny even see a subway train passing by. Jack Jack and Johny go to the movie theater to watch the Disney Pixar Incredibles 2 movie. This is a fun skit using the Jack Jack attacks talking action figure from Disney. This Jack Jack doll has a lot of features and Johny loves to pretend play to babysit it.